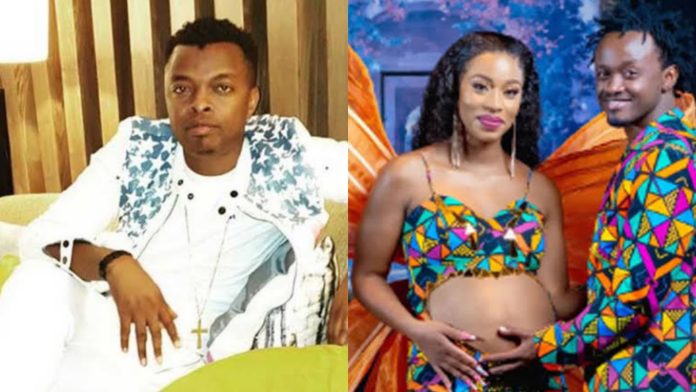 Controversial gospel musician Ringtone Apoko has asked Kenyans to pray for singer Bahati, claiming that he is under depression.

Speaking to Mungai Eve, Apoko claimed that the Mama hitmaker is going through a difficult time after losing in the August 9 general elections.

“Bahati is undergoing depression. He has a problem with accepting defeat in the elections. I have been called by his wife on several occasions and I have gone to help him. I would like to tell Kenyans to pray for Bahati. He should accept that he lost and life did not end there. Kenyans didn’t love Bahati because of politics but they loved him because of music. He should release songs,” Apoko said.

He however claimed that Bahati has a new album that he is supposed to launch any time from now. His claims however can not be substantiated since the singer has not promoted any music he is set to launch like he has done on previous occasions.

The Bahati family fans have however been left wondering what is wrong with the couple because very little has been heard of them in the recent days. Bahati and Diana Marua were expecting their third child together before going silent.

The father of four has been inactive on social media since losing the Mathare parliamentary seat to ODMs Anthony Oluoch. On Wednesday, he deleted all the posts on his Instagram account further leaving his fans worried.

On the other hand, his wife Diana has also kept off social media since posting a cryptic message on Instagram mid this month.

“Only in the Darkness, Can you see the Stars,” she said accompanied by a photo of a white dove.