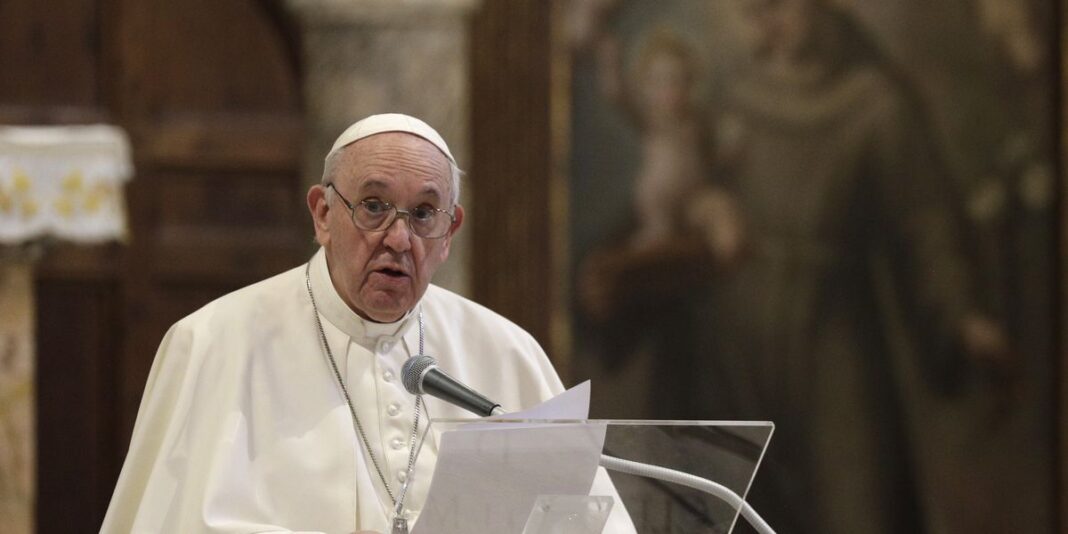 Pope Francis has made history to become the first sitting head of the Catholic Church and the sovereign of the Vatican City State to support gay marriage law.

Pope Francis on Wednesday called for the passage of civil marriage law for same-sex couples, coming from the position of the Vatican’s doctrine office and his predecessors on the matter.

“Homosexuals have a right to be a part of the family. They’re children of God and have a right to a family. Nobody should be thrown out, or be made miserable because of it,” Pope Francis said.

The Pope initially supported civil union for gay couples as an alternative to same-sex marriages while he was serving as the archbishop of Buenos Aires.

In the documentary, according to the Catholic News Agency, Francis says same-sex couples should be “legally covered.”

“What we have to create is a civil union law. That way they are legally covered…I stood up for that.”

Pope has long expressed intention to outreach to the church’s LGBT followers, but his intentions have often stressed general understanding and welcoming – rather than substantive laws.

Church leaders in some parts of the world have blessed same-sex marriage, but that stance – and the Pope’s remarks – are a departure from official church doctrine.

“This is the first time as pope he’s making such a clear statement,” the Rev. James Martin, a prominent Jesuit who has advocated for the church to more openly welcome LGBT members,  told Washington Post on Wednesday.

“I think it’s a big step forward. In the past, even civil unions were frowned upon in many quarters of the church. He is putting his weight behind legal recognition of same-sex civil unions.”

The church teaches that homosexuality is “disordered” and Francis’s predecessor, Benedict XVI described homosexuality as an “intrinsic moral evil.”

Talking about gay people Pope Francis said”: “Who am I to judge?” Francis has also spoken often about his ministry to gay and lesbian Catholics, saying they are loved by God and welcomed by the church.