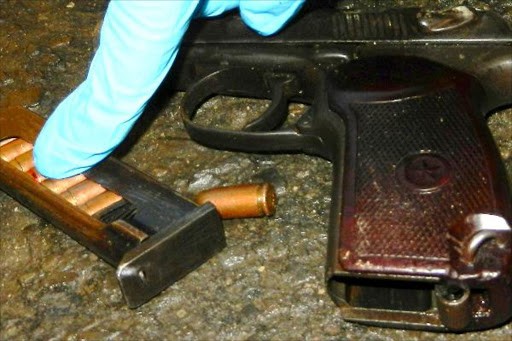 Three people suspected to be robbers with violence criminals were on Thursday shot to death by a team of detectives at Kwa Mbao area in Kariobangi, Nairobi.

The three suspects were part of a four-member gang that was allegedly captured on camera committing various robberies in the past.

Rounds of ammunition, two pistols, spent cartridges and, an unregistered motorcycle was recovered during the operation.

One suspect reportedly escaped during the shootout and according to the Director of Criminal Investigations, a search for the suspect is already underway.

In a tweet on Friday, DCI said the gangsters were involved in other heinous crimes including the death of a University student within Burubur two months ago.

The four have been captured on camera committing various robberies in past.

Two months ago, a University student lost his life in the hands of the gangsters within Buruburu. pic.twitter.com/ROE1i7G9pv