KDF Set To Spend 7.7 B To Acquire 118 Military Vehicles 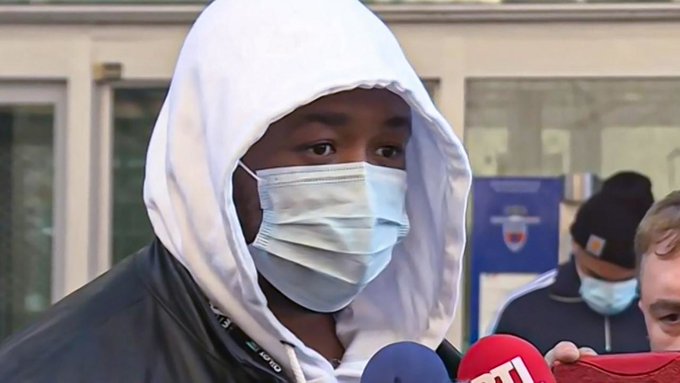 Video carried by the Loopsider website shows how music producer Michel Zecler was repeatedly beaten by officers for several minutes and subjected to racial abuse as he tried to enter his music studio last weekend.

Celebrities including football World Cup winners Kylian Mbappe and Antoine Griezmann condemned the beating, while French star singer Aya Nakamura said she wished the producer strength, adding “thank you to those who filmed”.

Macron said on Friday called the incident an “unacceptable attack” and asked the French government to come up with proposals to “fight against discrimination”. The president spoke of images “which shame us”, according to a statement released on social media.

A presidential official said earlier Friday that Macron was “very shocked” by the images which have sparked fresh accusations of systemic racism in the French police force.

“They called me ‘dirty nigger’ several times to my face while they punched me,” Zecler told reporters outside police headquarters where he lodged a formal complaint. In one of the videos on Loopsider a neighbour who filmed the scene from above said a plainclothes policeman punched a kneeling Zecler in the face “maybe seven times”.

The policeman “hit him so hard that his hand hurt”, the witness said.

The incident has raised questions over the future of Paris police chief Didier Lallement, already in the spotlight after the controversial forced removal of a migrant camp in Paris earlier in the week.

It also put the government on the back foot as it tries to push through new security legislation that would restrict the right of the media to publish the faces of police officers.

Interior Minister Gerald Darmanin, who is in charge of the police forces, told French television that the officers had tarnished the reputation of France’s security forces.

The officers, who had already been suspended from duty, were being held at the National Police Inspectorate General (IGPN), and prosecutors opened an investigation into violence by a person in authority and false testimony, the source said.

Zecler, 41, was initially himself detained for causing violence, but prosecutors threw out that probe and began investigating the officers instead.

RELATED POST:Bombshell As Kenyan Man “Resurrects” In A Morgue In Kapkaet