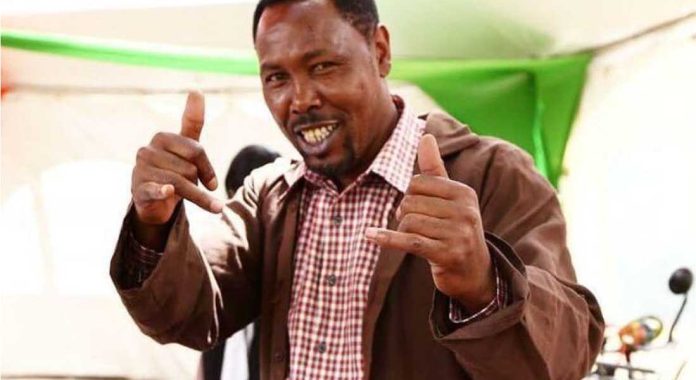 Former Tahidi High actor Omosh Kizangila has encouraged his fans to be patient as he makes a comeback to television.

Omosh has told his fans that he will soon be on TV and that he will entertain them as he did while in Tahidi High.

“One thing I know about myself is that I have the energy to match forward. I will be back on TV at whatever the cost,” he said.

Omosh has further refuted claims that he lost his wife due to negligence. He has maintained that he neither neglected his family nor lost his wife.

Omosh has urged Kenyans to stop posting wrong information on social media to avoid inflicting unnecessary would on people.

“Just go to my home and check for yourself. If you don’t see my family come tell me. What I know is that they are home and they are okay,” he added.

Omosh says his child has begun questioning him about things he sees on social media.

He urged those interested to know about him to rather ask him personally instead of publishing the wrong content.

The veteran actor has further refuted being in depression. According to the actor, he has no mental breakdown.

He has however revealed that he has lately been sad, and says someone might have seen him in the state.

“If you look at me, do I look depressed? Bloggers should stop using my name to get views.”

Omosh has revealed that he has been sad because of two friend he lost recently. He has however not revealed their identity.