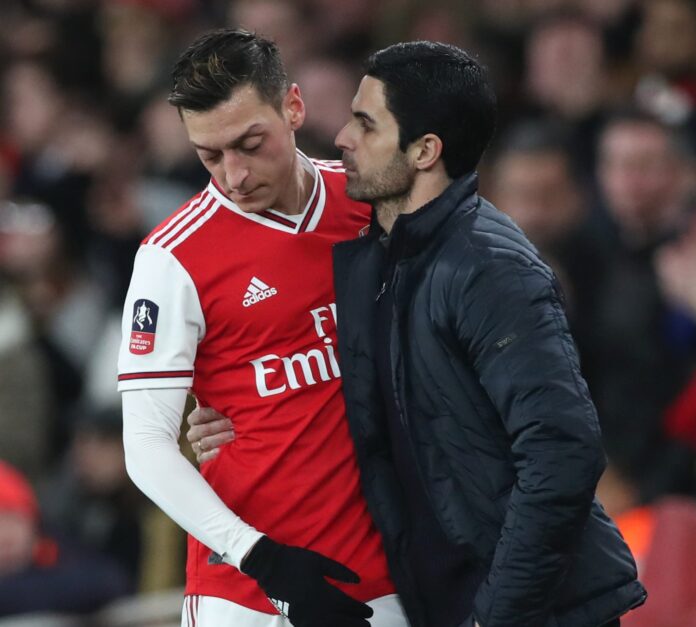 Arsenal manager Mikel Arteta has revealed that the club will prioritize offloading players in the January transfer window.

Former German international Mesut Ozil whose deal with the Gunners expires in summer 2021 has been left out of Arteta’s Premier League and Europa League squads this season.

Defenders Sead Kolasinac and Shkodran Mustafi have barely featured in Arteta’s side for the 2020/2021 season.

“We cannot sustain the numbers that we have in certain positions,” said Arteta.

“There are some players that are going to go on loan and going to leave, and that is the priority.

“Then we will see if we have the right opportunity in the positions where we need some more help.”

Players likely to move in January

When Arteta was asked about speculations that Bosnia-Herzegovina left-back Kolasinac is likely to return to his former club Schalke, he said: “The numbers we have in the squad at the moment are really big, but we cannot confirm anything yet.”

At the moment, the Gunners have three first-team players out on loan, they include: Konstantinos Mavropanos is at Stuttgart, while midfielders Lucas Torreira and Matteo Guendouzi are at Atletico Madrid and Hertha Berlin respectively.

The Gunners who have had a rough start of the season currently sit at position 13th in the Premier League after 16 games, following back-to-back wins over Brighton and Chelsea that ended their seven matches run without a win.