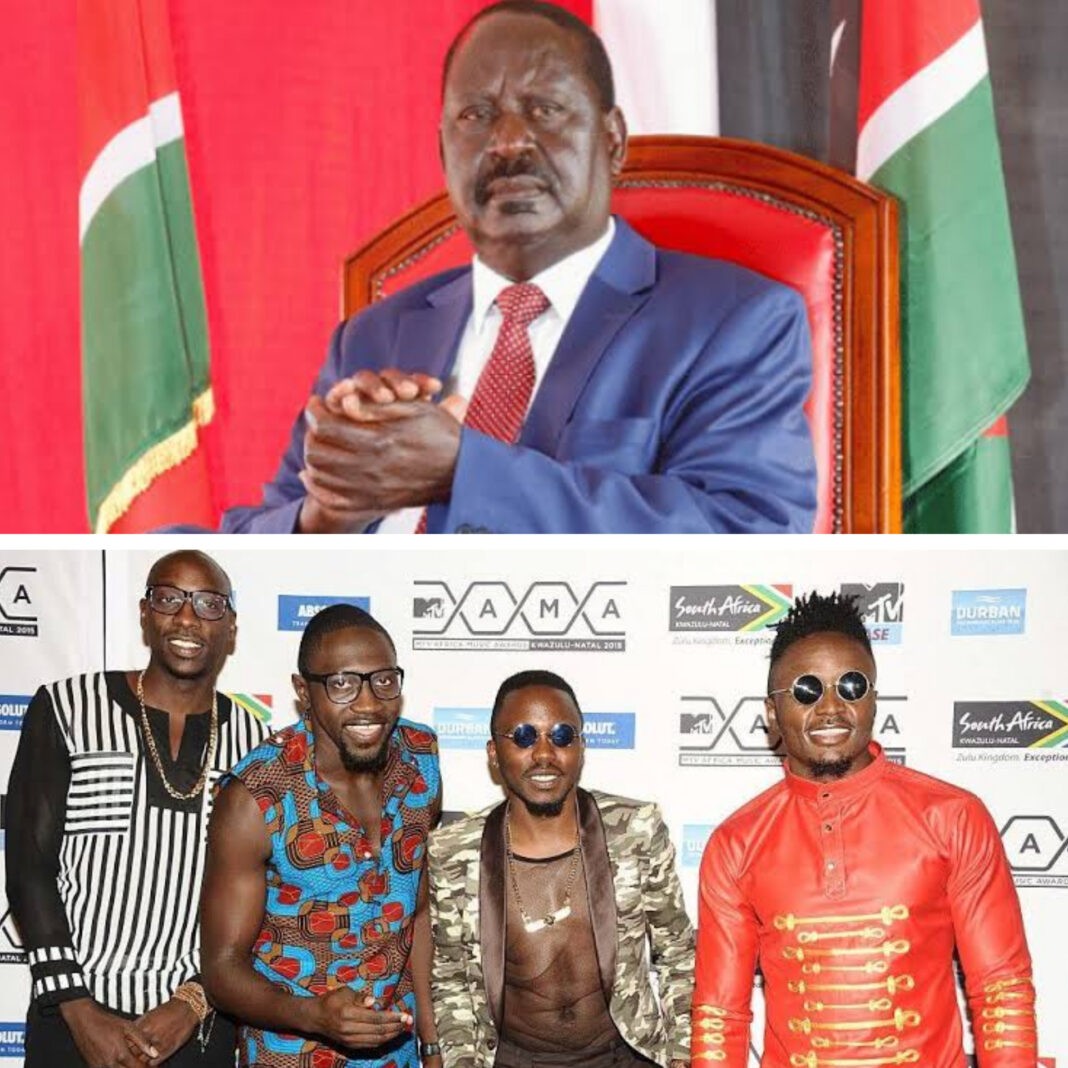 The Orange Democratic Movement(ODM) has addressed Sauti Sol’s concerns hours after the crew threatened to sue the Azimio team.

Sauti Sol said it would take necessary legal action after the coalition played their hit song, Extravaganza, during the unveiling of Martha Karua as the Running mate of the flag bearer Raila Odinga without their authorization.

ODM however said that they played the song just as a way to show love and appreciation to Sauti Sol’s work .

“We would like to assure our celebrated musical team @sautisolthat we love them & appreciate their music so much. The group has carried our country’s flag so high in international fora & every Kenyan appreciates this. Playing their song yesterday was a show of love for their work,” the party said in a statement that was shared on social media on Tuesday morning.

On Monday night, the band complained about the move while distancing themselves from Azimio campaigns.

“We did not license this song to the Azimio la Umoja campaign nor did we give any consent for its use in the announcement of their Vice-Presidential candidate. Furthermore, our authority to use the composition, which is one of our most distinct compositions, was neither sought nor given. This is blatantly copyright infringement as directed by the section 35 CAP 170 of the Copyright of Kenya,” part of Sauti Sol’s statement read.

The band further complained that by Azimio using their song without their consent, they had taken away their right to to own and control what was originally their property.

Sauti Sol’s statement however received a backlash on social media with netizens saying that they were being petty.

“Sautisol what happened to the campaign play 75% Kenyan Music. Or you guys have just decided to be petty. I thought it’s played for Kenyans or is that any different from listening to it on radio?” a netizen posed.

RELATED STORY:Sautisol Lose Big After Threatening Raila And Karua For Playing Their Song

Peninah Munyithya(Pesh): How The Desire For A Lavish Lifestyle Drove A Kenyan Socialite To A Ghanaian Jail

Pesa Kando! Watch Popular Comedian In Tears Begging Kenyans To Pray For Her

After The Mockery And Online Drama, Naomi Osaka Shares An Update On Her Controversial ‘Hana Kuma’ Media Company

The Root Cause Of Ezekiel Mutua, Mulamwah Beef That Forced Mutua To Part With Kshs20K After Reconciliation