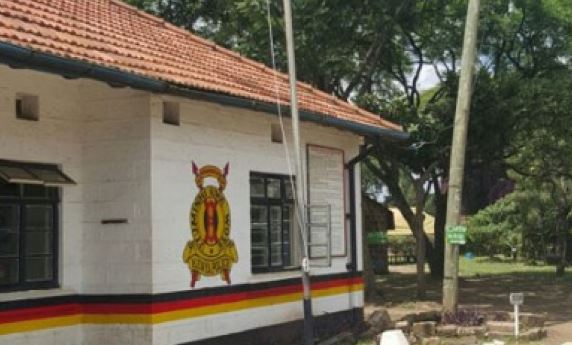 A senior police officer in Kisii escaped death by a whisker after a junior officer allegedly tried to run him over after a confrontation.

In a police report, the suspect is said to have taken command of the station’s vehicle without permission from the Officer Commanding Station (OCS).

The OCS reportedly stopped the officer before he could leave the compound, and reprimanded him for attempting to drive the vehicle out of the station without permission.

“Instead of responding, the junior officer reversed the vehicle and drove towards the OCS with the aim of running him over,” the police report read in part.

The boss officer is said to have dodged the vehicle, narrowly avoiding being run over. The incident attracted the attention of the members of the public.

The suspect allegedly drove out of the station but had the car keys snatched from him by his colleagues who hunted him down.

The incident is currently still under investigation.

National Police Service Commission (NPSC) has pegged the rise in murder cases and suicide among police officers on the limited supervision of junior residing outside the police station.

“Stagnation in rank, disciplinary actions arising from desertion and inadequate monitoring of junior officers leaving outside police lines are among causes of stress in officers identified,” read a statement from the NPSC.

The police commanders unanimously agreed to establish and strengthen a structured communication channel, as well as improve monitoring of police officers.