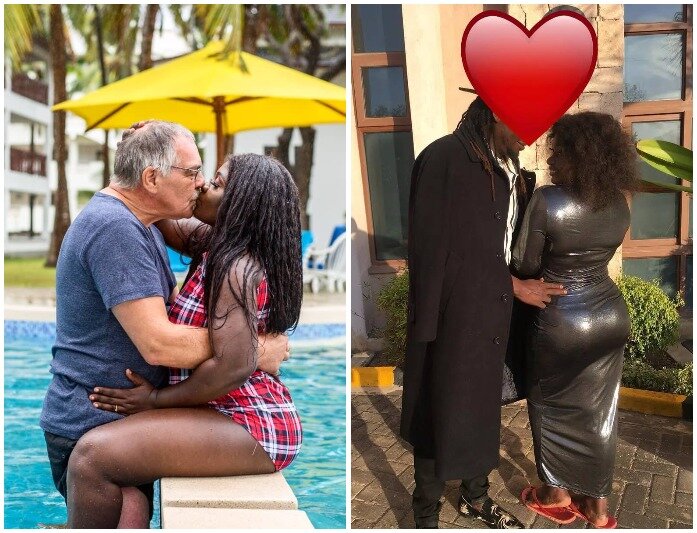 Nyota Ndogo got married to Nielsen in May 2016 and they enjoyed a blissful marriage until the events of April 1st 2021.

The Coast-based singer explained that her Danish ex husband was angry over the pregnancy prank she played on April Fool’s Day.

The mother of two said her ex husband was agitated by her pregnancy prank because they had agreed not to have any child.

According to Nyota, Nielsen did not want to have children since he felt that her two children and his own three children were enough.

“We talked about having children, he said we have five of them, we don’t need another one. By five children, he meant my daughter and son, and his own three children. He then argued that he is an adult, with grandchildren. He said, ‘I want when I retire and come to Kenya, we travel all over the world, and not baby sitting’,” Nyota Ndogo said.

Nyota Ndogo recounted how she pranked her husband only for the prank to go totally wrong with Nielsen giving her the cold shoulder.

“We used to talk twice a day. So I called him in the morning, I remember he was brushing his teeth, I told him I was pregnant. He said ‘Hmm! What?’ then hung up. I did not say anything else,” she said.

Nyota Ndogo tried in vain to save her marriage after the prank went wrong. For months she pleaded with Nielsen who didn’t want anything to do with her.

After four months of pleading with no positive results, Nyota Ndogo finally decided to move on with her life and she found new love in a younger black man.

The mother of two introduced her new sweetheart on social media on Tuesday August 31st when she shared their romantic photos.

Nyota Ndogo stated that her pain was over and further vowed never to date white men again.

Related: Mzungu who exposed the over 50 Kenyan women he has bedded has HIV/AIDS