Not 10 Million! Here Is What Arrow Bwoy Intends To Pay As Nadia Mukami’s Dowry 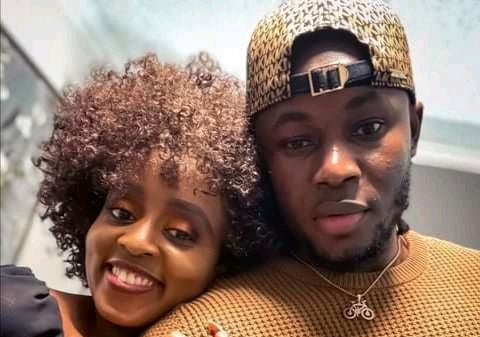 Singers Arrow Bwoy and Nadia Mukami are yet to make their union official after welcoming their son in late March this year.

In an interview with Plug TV, the happy birthday hitmaker however said that plans are underway to officially make Nadia his wife by paying dowry but they have just been delayed by what has been happening especially the birth of their son.

He further admitted that Nadia’s parents are already aware of their intentions even though it was a bit difficult to pass the information at first because of her father’s strictness.

“Those who have been following Arrow Bwoy and Nadia know what has been happening of course she delivered and the baby is still young. Plans are there, I talked to her father. She knows that her father is harsh and it is true because he is strict. She wondered how I would even talk to him but I did, he is one of my best friends,” he said.

Arrow Bwoy also promised that their fans will get to know when he will be paying the bride price. On the other hand, Nadia refused to reveal the amount that she would expect as her dowry.

“I think dowry is not something I can discuss. Of course it should not be disappointing. I don’t want to put a price on myself,” the mother of one noted.

Her fiancé however said that he can even take honey and sugarcane and Nadia will be given to him because her family is very welcoming.

“For me I just know that I should arm myself with honey and sugarcane. Nadia’s people are very nice and welcoming. They don’t issue demands. If you just get honey, of course I can’t take sugarcane but I know that I won’t fail on her side and when I go to her parents I must honor them. Dowry is appreciation not buying someone even if I go with honey and sugarcane, I will be given the babe and go with her,” Arrow said.

Arrow Bwoy  proposed to Nadia in mid March while announcing that they were expecting a child. The couple has been together for over two years but made public their relationship in August 2021.

RELATED STORY:“Alikuwa Ananisumbua Sana” Arrow Bwoy Explains Why He Behaved Like A Man And Got Nadia Mukami Pregnant