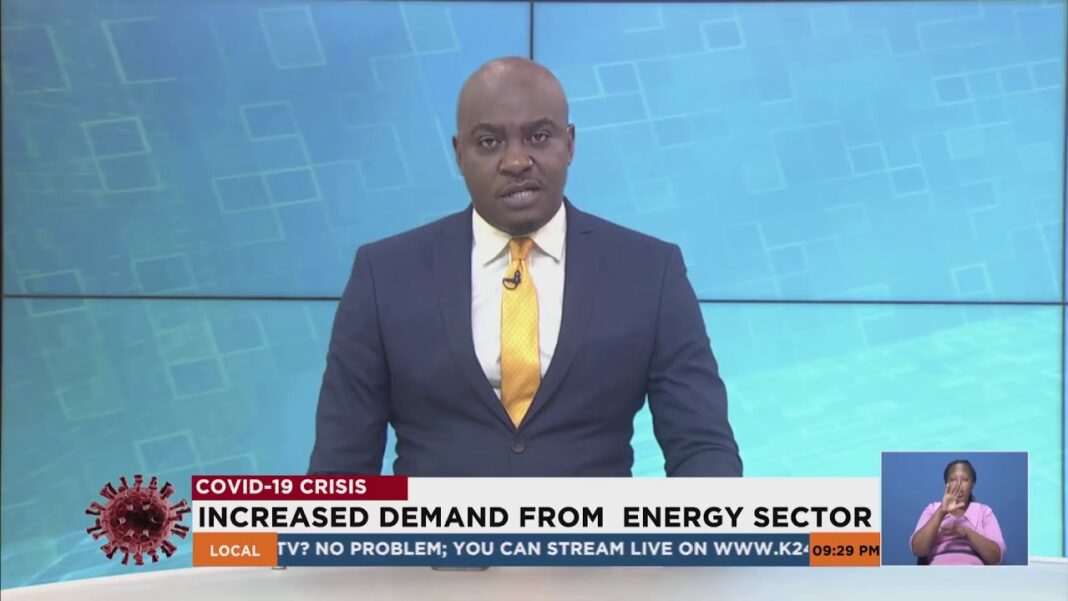 Online petition to have TV anchor Eric Njoka fired by his Indian employer WION TV have continued to gain steam forcing the journalist to respond.

The Kenyan media personality is having trouble with homophobes, he got into their bad books after he was exposed as gay way back in 2016.

Njoka was exposed online in a series of damning screenshots in which he was seen soliciting for s3x from a gay man on a popular chatting app.

On the screenshots, Njoka agrees to meet with the man for s3x at a hidden location as he couldn’t host him in his house since his sister does not know that he is gay. 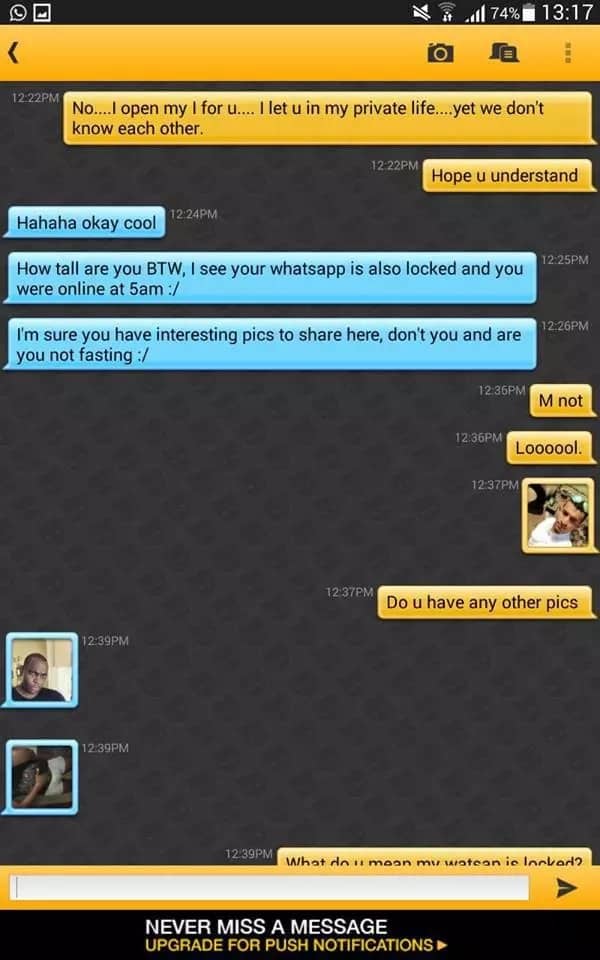 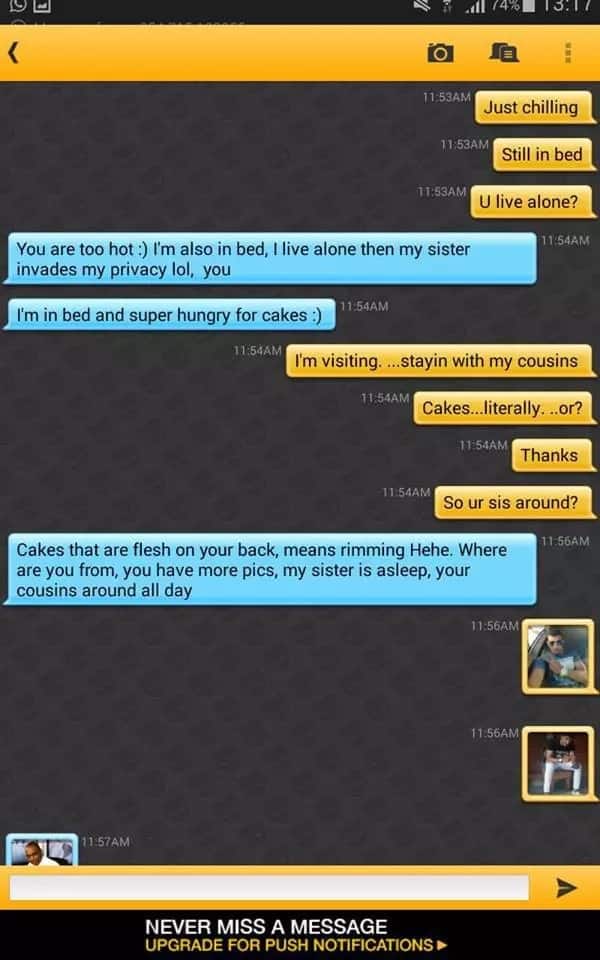 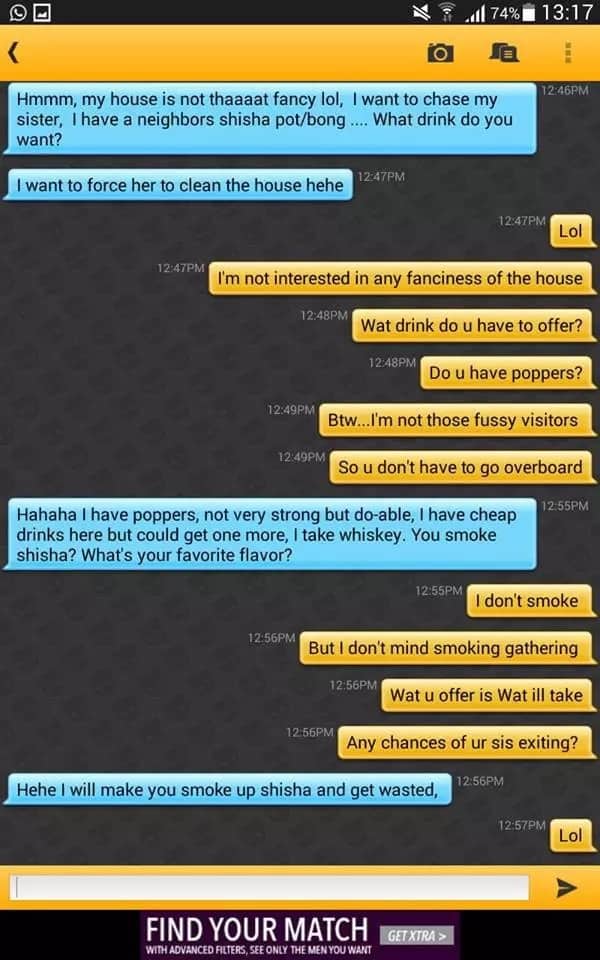 Njoka however denied that he is gay, he claimed that he the whole thing was staged as he was blackmailed.

“Rumours that I am gay and yes I will talk about it. In 2016 some guy just decided to get some money from this n*gga who looks like he is so moneyed, from this anchor who is so flamboyant. So what does he do? He collaborates with a friend and colleague in one of the universities here. Forms a profile and gets all my pictures and gets a picture of the penis or something, shares with friends and then calls me and promised to leak the information (if I don’t pay)… I said whatever, do what you gotta do. I thought he was playing with me. It’s a person I have never met or interacted with, he sounded really old, sounded so Somali (I am sorry) and he was so confident about it. He said that if I didn’t give him Sh60,000 he would expose me,” Eric Njoka said.

In June 2020, K24 fired its entire newsroom via a text message that was sent to the employees by the human resources manager Maureen Wandera.

The text message was based on a redundancy notice issued to Mediamax employees on May 21st, 2020. Eric Njoka was among those who lost their jobs.

Njoka however got a new job in March 2021, he was hired as a news anchor by India’s WION TV.

World is One News (WION) is an Indian multinational English language news channel headquartered in New Delhi. It is owned by the Essel Group and is part of the Zee Media network of channels. [sic]

Njoka however laments that homophobes have been trying to get him fired from WION TV.

The troubled journalist took to Instagram and shared some of the hate messages that he has been getting from his critics even though he make it clear that he is not gay.

“Change this man, he makes me sick…” read one comment…another, “at least the beauty in all the women we watch on TV is outstanding, someone get this Ugandan anchor “ARE YOU GAY” looking guy off your screen, the view is distorting.” Yes, people say that, I don’t hide from any truth no matter how nasty it sounds, UNFORTUNATELY for them, I am the ONLY ONE they got to stand to watch for now…some of the troubles of being a TV personality, I may look SERIOUS but I’m BRILLIANT and OUTSTANDING at it, YOU just have to LIVE with it” 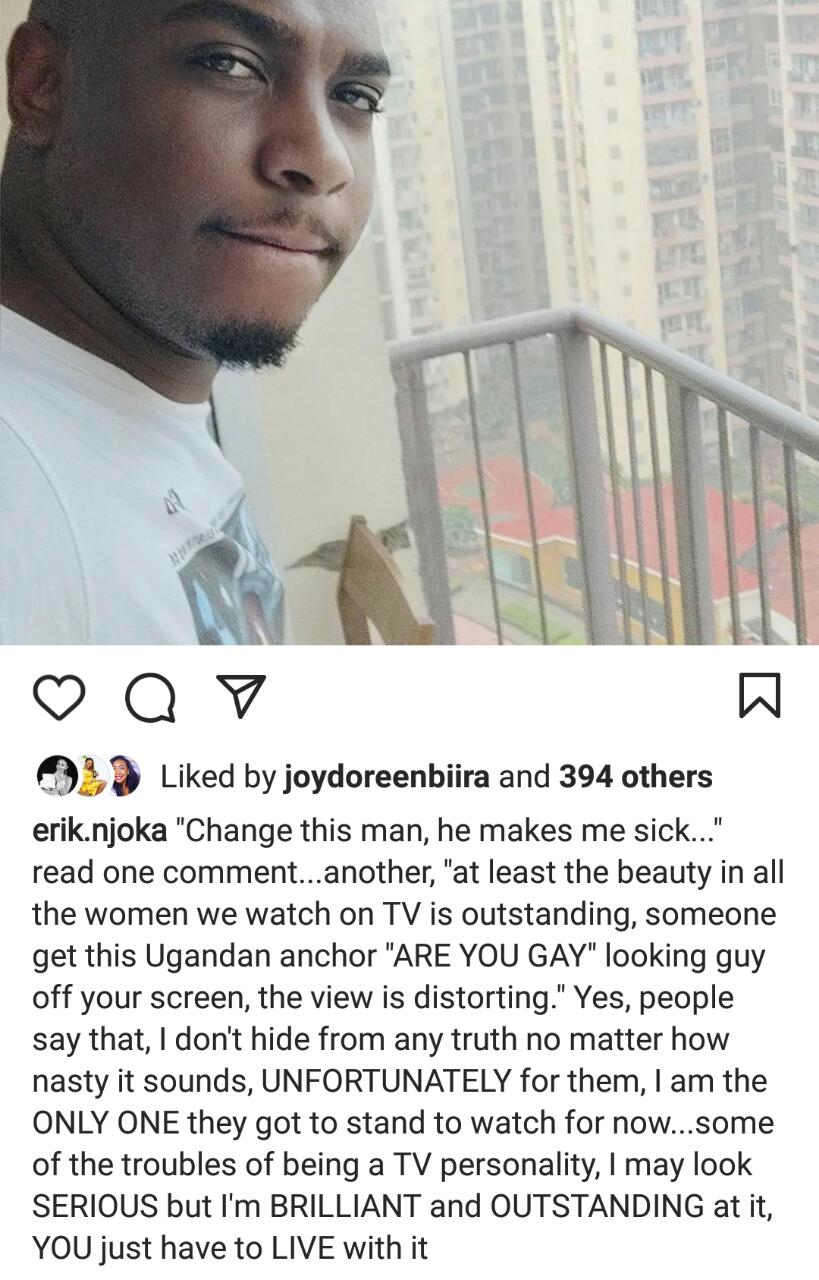 Related: I am not fine-K24’s Eric Njoka reveals over job cuts at K24