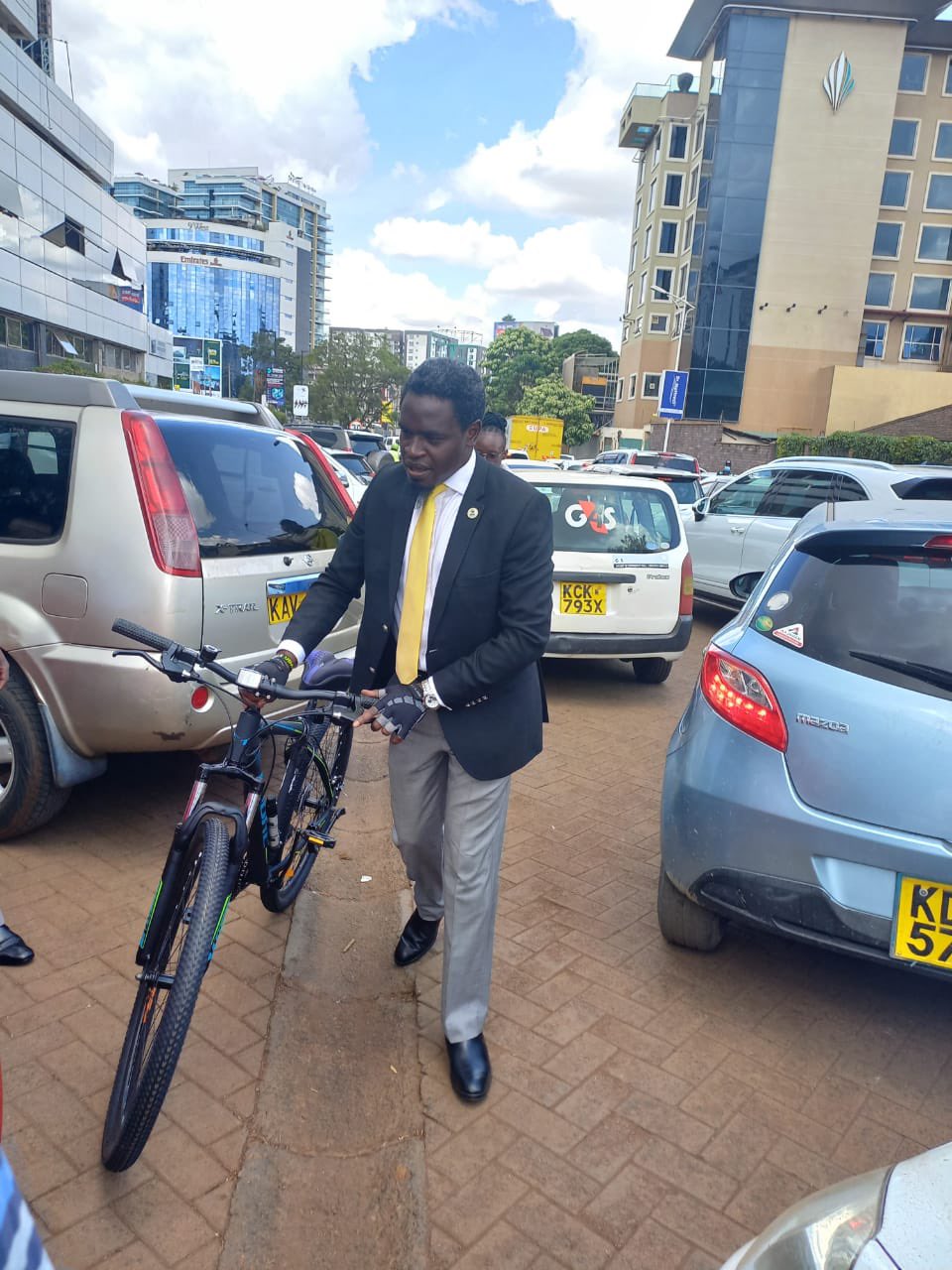 Former LSK President Nelson Havi has decided to abandon his car and opt for the bicycle after the fuel prices were hiked.

Through a tweet, Havi shared with Kenyans that he had opted to buy a bicycle since fuel marketers had decided to hike the fuel prices, and that was the only way to beat them.

“The time to start riding to beat fuel marketers is now,” Havi shared as he showed off his newly purchased bicycle and even rode it.

The time to start riding to beat fuel marketers is now. pic.twitter.com/uojWuPT6qT

Earlier on, Havi had rallied Kenyans to embrace the use of bicycles not only because of the high cost of fuel but also for other advantages.

“What if all of us bought bicycles and rode to work or school in Nairobi? The caprice of oil marketers will end. Traffic nightmares will be a forgotten past. The carbon pollution will reduce. Importantly, we will be effortlessly fit and healthy. I am buying mine today. Are you?” Havi wrote on Twitter.

The Energy and Petroleum Regulatory Authority announced that fuel prices have been increased by Kshs 9.90 per liter and the new prices will be adopted from Friday April 15-May 14.

EPRA’s move has irked citizens who have been left to bear the heavy burden.

“If EPRA increases the pump price of fuel by this Ksh. 9.90 per Litre; it means fare prices, basic commodities,and industrial manufacturing indexing shoots too. Our salaries, ironically, is in a state of “no motion”. Where do we get the extra funding for all these?”a twitter user posed.

Wilbroda: Search For My Soulmate Becoming Tricky As Men I Meet Keep Pointing Out Same Flaws In Me