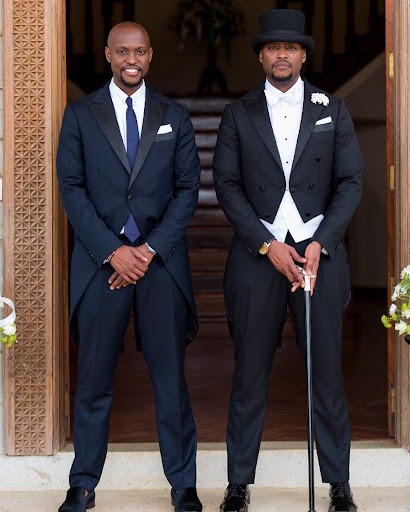 Eddie Ndichu and his brother Paul have denied allegations of beating women at a popular city hotel last weekend.

In a statement released on Tuesday October 19 by Wapi Pay, the Ndichu brothers said that they were trying to intervene in a situation where two women at the hotel had gotten into a physical confrontation.

“Our understanding is that the allegations and video currently being shared on social media, albeit horrific and regrettable, do not depict the true events that transpired that night,” part of the statement read.

They further said that they were defending themselves from a group that had attacked them while revealing that they had already reported the matter to the Directorate of Criminal Investigations.

“To be clear, Paul and Eddie got involved in an attempt to neutralize a confrontation between two women and to defend themselves from certain aggressors. The matter has been reported to the police and DCI for further investigation and resolution. Pending this, we request restraint be exercised in potentially and unfairly spreading misinformation that has no factual basis,” the statement further read.

The Ndichu twins further said that they do not condone any form of gender based violence while expressing their regrets on the weekend incident.

“Paul and Eddie, want to use this medium to express their deepest regrets for the incident that occurred. Wapi Pay is built on, and practices, a culture of respect for employees and customers and does not tolerate any form of discrimination or encourage any form of gender-based violence,” read the statement from the Ndichu twins.

The statement has sparked reactions with musician Wahu expressing her anger while claiming that the two were contradicting themselves.

“I’m so angry right now!!!!! @wapi_pay it is evident that you’re oblivious of the contradictions in your statement! you insinuate that neither you or your co-founders EDDIE & PAUL NDICHU tolerate gender based violence…yet the footage indicates otherwise. ..you also say your co-founders were neutralizing a fight…by slapping a Woman??? And vandalizing a car?” Wahu remarked.

Due to the scandal, the twins have lost a business deal worth Kshs240 million from a foreign investor.