More
HomeNewsNarok Students Burn Dormitory After Being Barred From Holding A Function With... 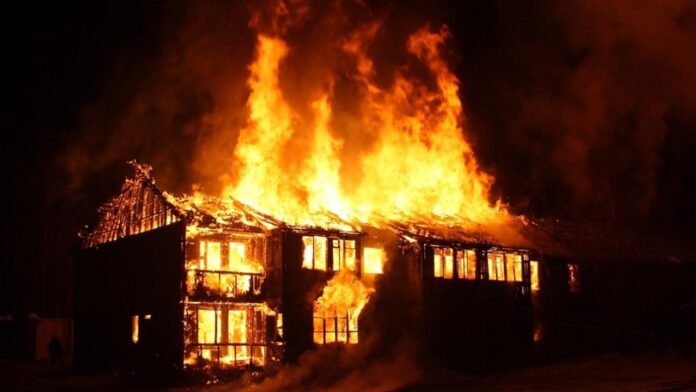 A dormitory at Eor Ekule Secondary school in Narok East, was reduced into ashes on Sunday Midnight after a fire broke out.

The fire is said to have been started by students who had been angered after being denied chance to hold a Christian union function with girls from a nearby secondary school.

This was established after the Narok senator Ledama Ole Kina visited the school shortly after the fire had been put out.

“The students decided to burn their dormitory because they were not allowed to hold a joint Christian Union function with girls in the school! It is very upsetting to see young boys aged 13-14 suffer because of a few senior boys who do not care about education,” said Ole kina.

The senator who addressed the students said that the rooftop of the dormitory was completely burnt.

“You are lucky that here in school you even eat bread, I’m so sure some of you rarely see this at your homes,” he told the boys.

“You are the leaders of tomorrow but you want to spoil your life and future as you watch,” he said.

According to those who witnessed, the incident began as a joke only for it to turn tragic. The students were heard shouting and wailing as the fire spread quickly.

The Narok county government dispatched fire fighters quickly who to help in putting out the fire. Some of the students were forced to to spend the night in cold as some of the belongings had completely been burned.