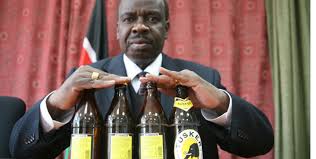 Former chairman of the National Authority for the Campaign Against Alcohol and Drug Abuse (NACADA) John Mututho has warned that the move by the government to limit alcoholic drinks to homes may lead to the death of addicts.

Former Naivasha MP argued that the ban might lead to more deaths compared to Covid-19, which has so far claimed 260 as of Wednesday.

“It is a fact that liquor has killed many and destroyed families, but the current proposal to ban its sale will lead to high mortality among the addicts,” Mututho warned.

He wondered how the government will control the more than eight million addicts who cannot do without their daily dose of the substances. 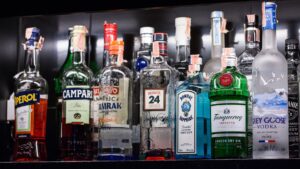 “How will you control them? By way of gazzete notice?” Mututho posed while urging those in charge at the Ministry of Health to consult NACADA despite there being bad blood.

The ban, which currently is at the consultation stage, will affect restaurants, eateries, bars, food courts, entertainment joints, supermarkets, liquor shops and any other business establishment.

The proposed Covid-19 Sale of Alcoholic Drinks Rules 2020, provide that businesses, where alcohol is sold, will operate between 9am-7:30pm.

“A person who commits an offence under these rules shall, on conviction, be liable to a fine not exceeding Sh20,000 or to imprisonment for a period not exceeding six months or both,” reads part of the Public Health Act statement.

Players within the bars and entertainment industry are also protesting the impeding ban saying that the few outlets flouting should carry there on cross and the government must not condemn the whole industry.

“Few isolated incidents that have breached the law are a small percentage. They should not be a collective punishment to all eateries and restaurants,” Pub entertainment and restaurants association (PERAK) national chairman Alice Opee said.