Comedy is an art that involves humorous and amusing works. Over the years, the industry has witnessed a tremendous growth worldwide with more comedians emerging more often.

A number of comedians in Kenya and worldwide are making a fortune out of the art. The art however is mostly a natural talent and doesn’t need any form of formal training but some of these comedians have been able to complete their studies in courses that are far from what they are currently doing.

The father of one began his comic acts while in first year at Moi University, Eldoret, where he pursued a Bachelor in Nursing and is an accredited nurse having graduated in 2018. He would entertain fellow students during Christian Union sessions.

With time, he landed gigs in Eldoret town and they would charge people to attend their show. Later he proceeded for an internship at Kenyatta National Hospital where he began recording funny video videos.

According to him, he only took the nursing course because of the pressure from his father.

“Between nursing and comedy, you will see that I am more inclined to the latter. We went to school because of dad’s pressure. He wanted us to get to school, study and graduate. I really hated doing that but I had to and I struggled with nursing, a very tough course,” he said.

Flaqo has also made a name for himself in comedy with his funny acts where he plays the role of Mama Otis, Baba Otis, Otis, Akoth, and various roles in a family setting drama.

Comedy is what brought him to the limelight. Initially, he tried being an RnB artist but the results were not satisfactory. He jumped into the comedy train in August 2018 and by early 2019 his breakthrough came knocking.

Flaqo also graduated in 2018 with a bachelor’s degree in public health from Jaramogi Oginga Odinga University.

Officially known as Oliver Otieno, YY is one of the country’s reknown stand up comedians. He came to the limelight after joining Churchill show in 2013.

His journey in comedy however began from the Kenyatta University Theatre where he participated in a number of unsuccessful auditions including Tahidi High in 2012. The same year, he landed an acting role in Tv series, Lies that bind, and the following year he made a decision to join Churchill Show.

While at Kenyatta University, YY studied a degree in Health Records and Information Management. 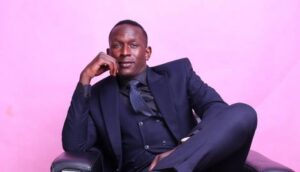 Omondi is one of the comedians who is trying his level best to take comedy to the next level by being more creative and trying to remain relevant in the industry.

He is among comedians who were propelled to the limelight through Churchill show before he found his own path and Niche.

He holds a Bachelor’s degree in Journalism and Mass Communication from Daystar University.

Sam Speedy, who is popularly known as Ojo, is a Nigerian comedian whose comedy is also enjoyed by very many Kenyans.

He recently was in the country for a collaboration with Flaqo and he revealed that he was just forced to undertake a course in medicine.

“Actually I didn’t want to study medicine, I wanted to be a civil engineer. My agent just decided to give me a medicine invitation letter and then I had to study medicine,” he said in an interview with Mungai Eve last month.

He is also known from the Churchill Show. He is a certified accountant and engineer.

His breakthrough in comedy while still a student at the Technical University of Kenya did not hinder him from completing his studies.

RELATED STORY:Comedy In Embu As Naked Man Allegedly Steals Vehicle Before Speeding Off