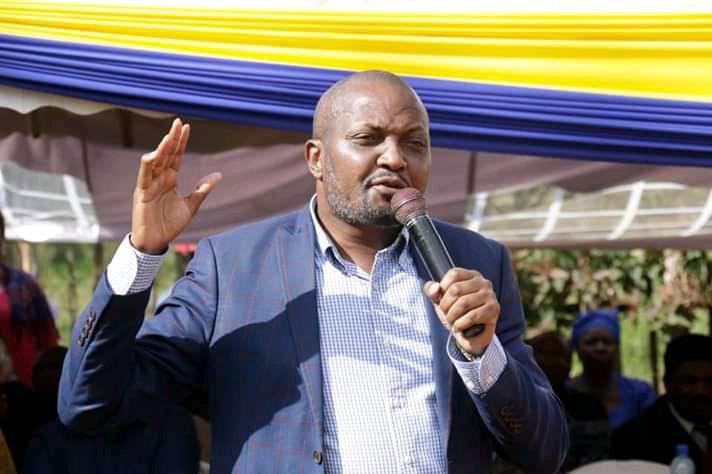 Moses Kuria, the ever outspoken Gatundu South Member of Parliament has offered his two cents to the current Cabinet Secretaries that wants to seek political seats come 2022 and most of them might not okay after knowing what he wants to tell them.

Moses Kuria who for the best part gave President Uhuru Kenyatta his props for grounding them by telling them not to move around the County has asked the Cabinet Secretaries to make sure they somewhat have the approval of President Uhuru before embarking on their political journey.

According to Kuria, the Cabinet Secretaries and Permanent Secretaries who are eyeing Gubernatorial and Senate seats should not be fooled by the Council of Governor’s Chair, Wycliffe Oparanya, and Mombasa Governor Hassan Joho who are both serving their last terms.

“I applaud the decision by President Kenyatta to recall the Cabinet Secretaries & Principal Secretaries who were gallivanting all over the country doing politics. They included gubernatorial candidates for Trans Nzoia, Nyamira, Turkana, Muranga, Nyandarua, Nyeri, Meru, Kirinyaga, and Senatorial candidate for Nairobi and Mombasa.” Moses Kuria said.

All Cabinet Secretaries have been banned from traveling across the country, at least for the next 14 days by President Uhuru Muigai Kenyatta.

“Resign, go and contest Eunice & Co. Don’t be fooled by the likes of Ambetsa Oparanya and Sultan. You guys don’t understand the son of Ngina. Come for the manual guys!” wrote Kuria.

On Wednesday, President Uhuru Kenyatta ordered Cabinet Secretaries to cease all travel within the country with immediate effect.