More
HomeBusinessPaul Kinuthia: Kenyan Billionaire Who Founded Nice and Lovely With Only Kshs3000...

Nice and lovely is undoubtedly a household name when it comes to the beauty and cosmetics industry in the country.

The company was founded by one Paul Kinuthia with a capital of only Kshs 3000 in 1995.

Before venturing into that, Kinuthia initially worked as a coffee loader at the Kenya Planters Cooperative Union  in the early 1990s. Later on, he began hawking perfumes and would make Kshs 600 a day.

Some of his colleagues, whom he had studied with but had furthered their studies, assumed that he was a beggar and even offered him better job opportunities.

Because of the embarrassment of meeting with his colleagues in his state in the streets, he focused on supplying his merchandise to salons and offices.

Salons began requesting that he supply them with Shampoos and conditioners. That made him research how he can make his own products. He discovered that he could do so with just a jiko, sufuria and blending stick.

In a small room along Kirinyaga Road, Kinuthia’s journey to becoming a billionaire began. His customers loved his unbranded shampoos and conditioners and soon after, his business began booming.

He moved into a bigger room in Kiambu and that was the genesis of his problems with police and KRA officials since they suspected he was making illegal products. Before he formalized his business, he had already spent a lot of money on them. They would take advantage of him not being aware of certain aspects of business.

Challenges with the law however did not hinder his business from growing and in 2001, he formalized his business and branded it. He then hired professionals to help him run the business. 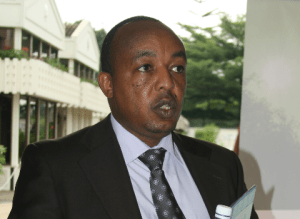 The business was doing so well to a point that it attracted international markets. Being a threat to international companies, Kinuthia was sued by a French Company, L’Oreal accusing him of infringing their Dark and Lovely trademark. 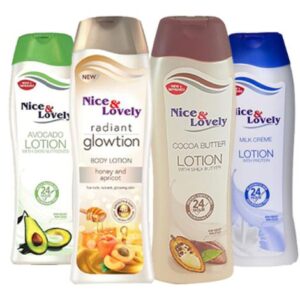 In 2010 L’Oreal approached Kinuthia to be a distributor of their products but he rejected their offer because of their previous encounter.

The brand later  offered to buy Kinuthia’s business which consisted of Nice and lovely, Gold touch face cream and Clarion nail polish,  but they were offering a low price. In 2013, L’Oreal offered billions for Kinuthia’s business and the deal was closed, making him a billionaire instantly.

Selling his Nice and Lovely business gave him an opportunity to concentrate on the sanitary care business which he ventured in 2008  and manufacturing of diapers.

RELATED STORY:7 Times Polycarp Igathe Has Proved He Is A Jack Of All Trades(Photos)