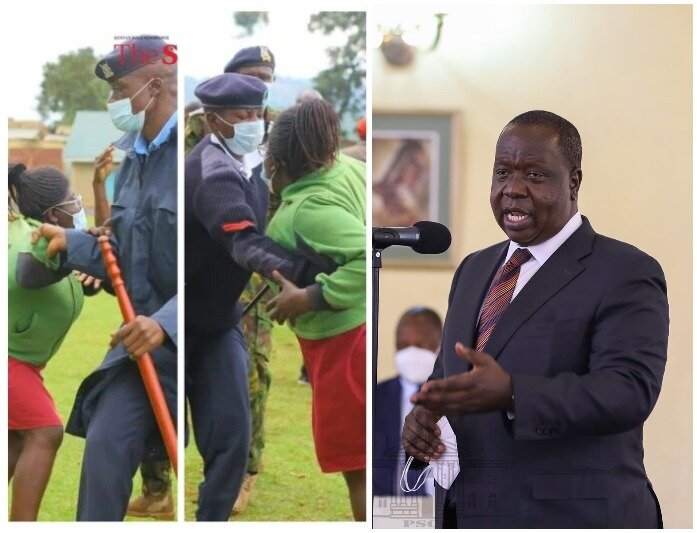 Christine Nyakundi was roughed up by police after she approached a helicopter carrying Fred Matiang’i and demanded audience with the Interior CS.

The woman accosted Matiang’i as he boarded a chopper after he laid a foundation stone at Ibacho Level Four Hospital on Saturday September 11th.

Video of police roughing up Christine after she tried grabbing Matiang’i went viral on social media attracting pity from some people.

Speaking to local press after the incident, the woman said that she wanted to inform Matiang’i on insecurity that has marred Bobasi and Nyaribari Chache sub-counties.

However, it later emerged that Christine is a con woman after another video emerged which showed her pretending to be deaf and dumb to swindle cash from then Nairobi governor Mike Sonko.

Matiangi’s PA said the main aim of the visit was to have word with Christine after she raised serious security issues days after she was manhandled by the police.

The PA also promised to ensure that the family of Nyakundi who is a mother of two gets the support they require.

The woman appreciated the move saying that she was grateful that Matiangi had finally sent someone to give her ears.

“I really appreciate the move by the CS and I will now take my time to discuss more issues with him,” she said.

Related: Lady Who Tried To Grab Matiang’i Exposed As Con Woman After Video Emerges Of Her Swindling Cash From Sonko