Marya dominated airwaves during her heydays with hits like ‘Chokoza’ before she disappeared from the limelight altogether.

She sacrificed her music career for her marriage but things didn’t work out for her – she got married twice and both marriages failed.

The mother of one recently opened up about her second failed marriage to Kevin Mutisya whom she has a baby with.

Marya and Kevin had an on/off marriage but the two broke up for good last year. The break was very ugly as she accused him of driving her into depression with his philandering ways. 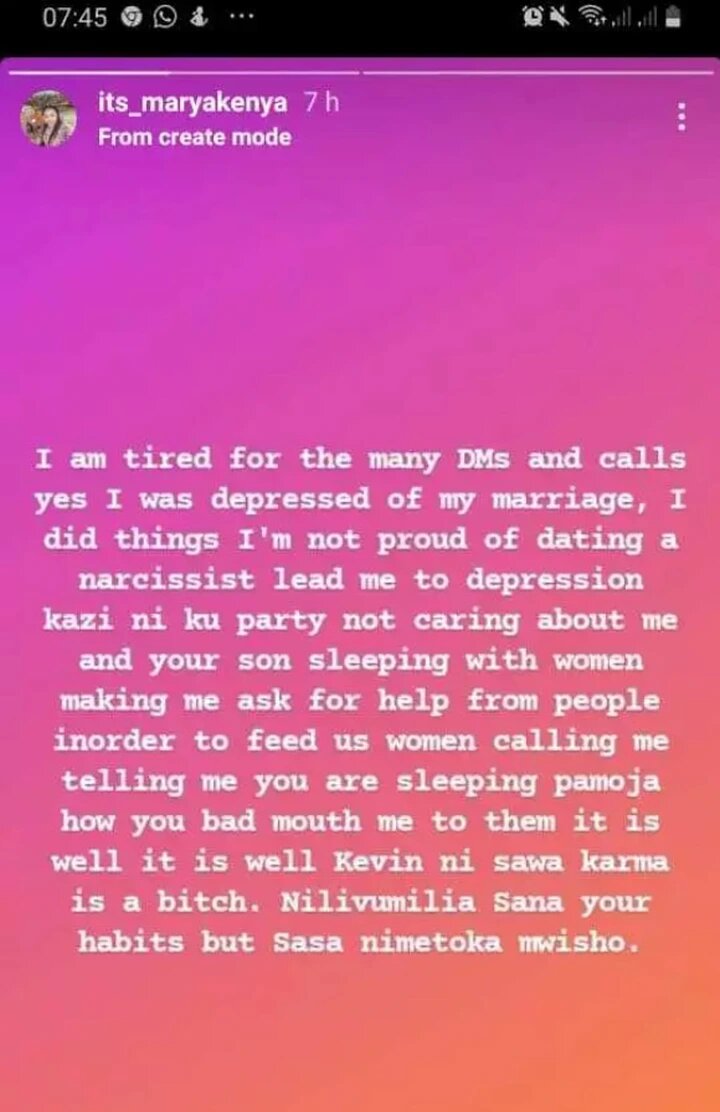 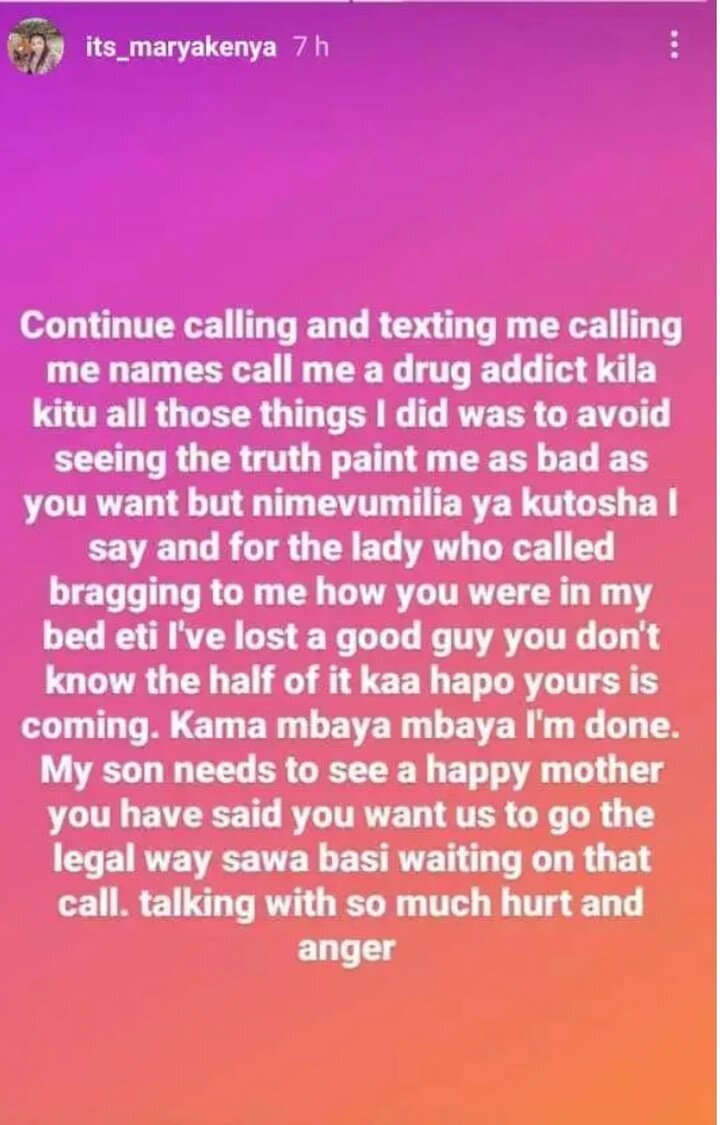 Speaking during an interview on Switch TV. Marya revealed that it took her a long time to get out of her trouble marriage because of her son.

She said that she persevered her husband’s infidelity and other flaws because she wanted their son to be raised in a complete family with a father and a mother.

“That’s what most people did not realize. There was a child I was sticking to this marriage I needed to be happy for myself, for my son to be happy and it took me a long time. And I said ‘you know what, I can do this on my own'” Marya said.

She also noted that her music career went down the drain because of her failed marriages.

“At some point, a baby came along then a second marriage came along and dealing with the two, you take all the mistakes or the lessons you learnt from your previous marriage and you take it to the next one thinking it’s going to work, but it doesn’t.”

Related: Did You Know JKIA Has A Brothel? Obare Exposes Singer Marya, Amber Ray And Others Who Work In High-End Brothels As Prostitutes