Narc Kenya leader Martha Karua has ganged up with other activists to oppose constitutional amendments through BBI.

Under the Linda Katiba Movement, the group has said the process was an attempt to overthrow the 2010 Constitution.

The movement argued that in the handshake memorandum, Uhuru and Raila promised to lead the process of healing the country from the divisions caused by elections fallout, and at no point did they tell Kenyans that they were setting out to review the country’s Constitution. 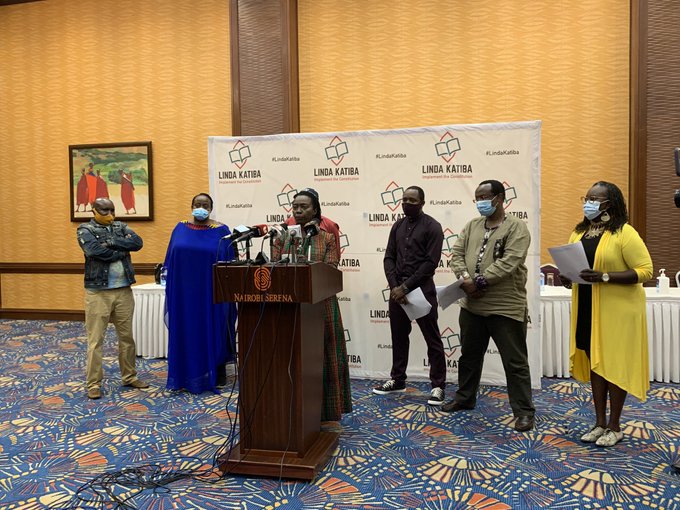 Seii said the Constitution of Kenya provides for only two processes of initiating amendment: popular and parliamentary initiatives. A State-led initiative can only be initiated through Parliament, while a popular initiative is a people-driven process.

“The usurpation of the people’s constitutional amendment pathway by the State is therefore unconstitutional,” she said.

Amdany said the BBI constitutional proposals were not designed to address any of the pressing needs facing Kenyans.

“Our stand therefore is that our Constitution is fine. The electoral grievances can and should be addressed by implementing the recommendations of the Kriegler report and the relevant provisions of the Constitution,” Amdany said.

Karua said the process was not a people’s initiative as it came from the State and was organised using public resources and State machinery. “We want those opposed to the BBI to know that they are not alone; it is time to speak out, organise so that we may together amplify our voices and resist the illegalities that have come along with this attempt to overthrow the Constitution of Kenya,” said Karua.

The movement called on Kenyans to demand that the electoral process be reviewed and its chronic failure addressed before the 2022 General Election.

Mwangi said they would defend the Constitution in the courts of law, of public opinion, and in political trenches.