Bobi Wine Rejects The Preliminary Results, Claims He Is Leading

Tyler Perry To Receive Honorary Statuette At This Year’s Oscars 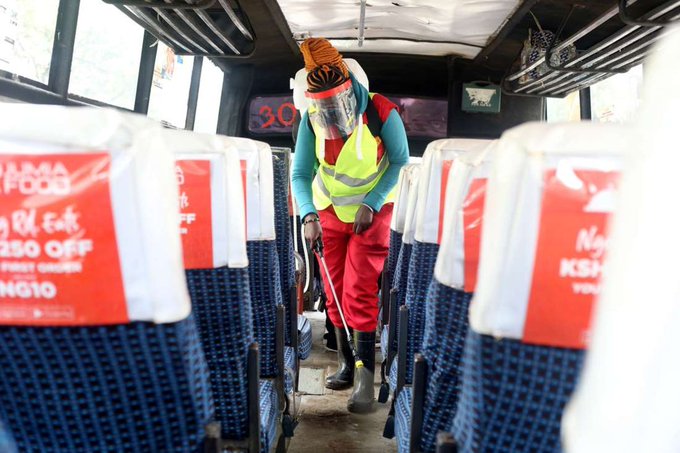 A man left other passengers shocked as he mysteriously died in a bus headed for Mombasa past Malili town along the Mombasa-Nairobi highway.

Makueni County Commissioner Maalim Mohammed said the bus was coming from Bungoma and had 32 passengers.

Mr Mohammed said the bus made a stopover at Distinct area on Thursday 10 pm due to the night-time curfew and passengers alighted to take a rest.

“It was at this moment it was realised that one person was dead on the bus. He was in the company of his sister and police moved with speed to cordon off the scene,” he told a local daily.

The deceased is reported to have recorded a body temperature of 36.2 degrees Celsius during the departure time.

“The sister confirmed that the late was sick for some moment. This was sudden death but we have been able to do all the required measures including fumigation of the bus and all details, and samples were taken for examination,” Mr Mohammed added.

The passengers were advised to isolate on arrival at their destination.

The body has since been moved to Machakos Hospital mortuary.

The man who died aboard a 14-seater matatu on Tuesday Morning, November 24, along Mombasa Road, did not die of Covid-19 complications as earlier suspected.

Sample tests taken from 57-year-old Leonard Odhiambo came back negative for the virus.

“It was not Covid-19. We suspect he died of blood pressure issues owing to the sudden manner of his death,” City Mortuary deputy funeral superintendent Patrick Mbugua told Nation.

He added that his post-mortem results were yet to be released by the pathologist to confirm the cause of death.

Odhiambo is said to have boarded the vehicle at around 7:30 am at the South B bus stop and was headed to Embakasi.

He sat at the seat behind the driver next to the passenger door with another commuter seated next to the window. No one had sat at the middle in line with the Covid-19 regulations.

The passenger who sat next to the window wanted to alight at Lab Matatu stage but Odhiambo was not moving to allow him to pass.

The conductor is said to have tapped him but instead of waking up, the man let out a groan, coughed and slouched on his seat. It is at this point that the passengers suspected he might have passed on.

Photos of the matatu passengers and crew standing several metres away from the vehicle circulated on social media, Tuesday morning.

He would then be put in a body bag and medics went on sanitise his body as well as the matatu.

Man collapses and dies inside a matatu along Mombasa Road in Nairobi.
Most likely #COVID19 and the huge traffic jams experienced on Mombasa road every day. RIP@KenyanTraffic @NationAfrica Kenyans pic.twitter.com/7SwM9WtNRP

RELATED POST: Teen Testifies How Her Father Burnt His Brother to Death