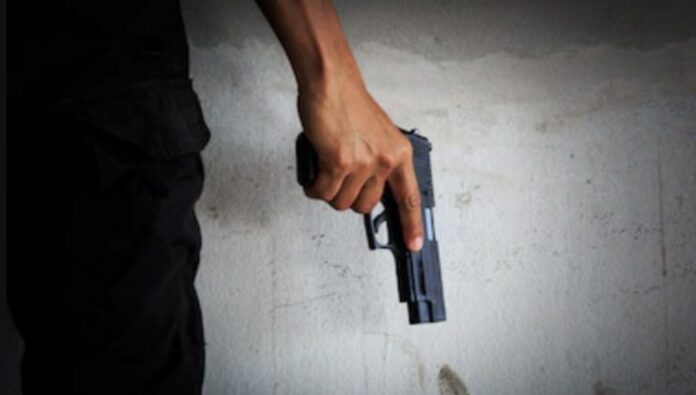 A man has gunned down his ex-girlfriend in broad daylight, killing her in front of her two children under unclear circumstances.

Maria Cristina Calle was killed in the Colombian city of Cali when she was shot four times by a man thought to be her ex-boyfriend.

Maria had been taking her two children to an appointment when the gunman approached her and shot her, police say.  Local newspaper Noticias Caracol reports that the victim was shot in the throat and died at the scene. The gunman ran away and remains at large, reports say.

The horror attack was captured on CCTV, with the clip showing the attacker approach Maria and open fire as a child runs out of view. Cali major Jorge Ivan Ospina said: “Everything suggests that it was her ex-boyfriend so it is a new case of femicide. “We cannot allow this crime to go unpunished.”

He has offered a reward of 20 million pesos (£4,115) for information leading to the suspect’s arrest. The investigation is ongoing. Cali security official Carlos Rojas said that 70 women have been murdered in the city so far this year with 20 cases considered femicides.

Gender equality official Nancy Faride said: “The city is mourning because another woman has been the victim of a public murder. Now, homes and public places are no longer safe for women. We feel very insecure.” The investigation is ongoing and so far no arrests have been made.

Al Jazeera reports that an average of nearly three women a day were killed in Colombia in September, with 86 femicides in the month. It is the highest monthly total researchers have documented since they began tracking the killings in 2017.

RELATED POST:Drama As Kericho Man, Peter Kigen, Returns To Life After 3 Hours In A Mortuary