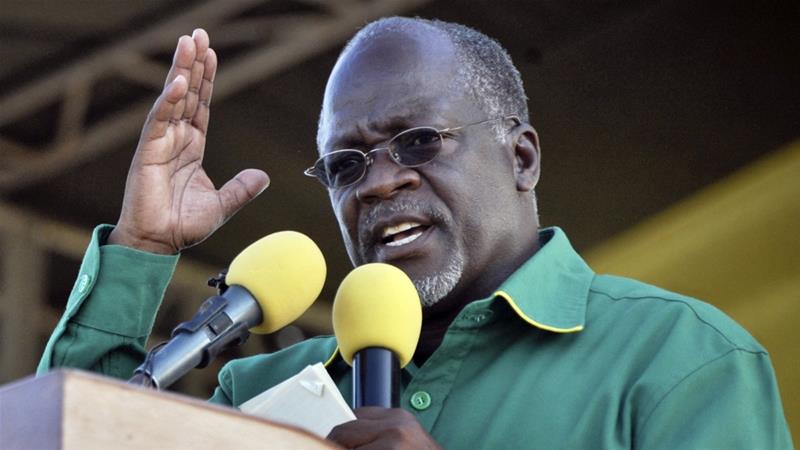 Tanzanian President John Pombe Magafuli is a rare gem, despite his unconventional style of governing. Well, he has just made a nondescript and hitherto unknown an instant dollar millionaire.

The BBC reports that The two gemstones – one weighing 9.2kg and the other 5.8kg – are the largest Tanzanite rocks ever mined, according to the mining ministry.

According to some sources, the largest rough Tanzanite stone on record weighed 3.38kg, and was mined by TanzaniteOne in 2005.

It is not known when Mr Laizer, from Manyara in northern Tanzania, unearthed the gems, but on Wednesday the 52-year-old sold them to the government, through the mining ministry, for a total of 7.8bn Tanzanian shillings ($3.4m; £2.7m), with orders from Magufuli.

During a ceremony in Manyara, President John Magufuli phoned in to congratulate Mr Laizer. 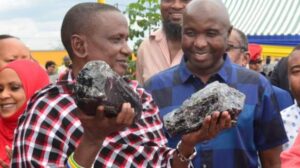 “This is the benefit of small-scale miners and this proves that Tanzania is rich,” the president said.

And many Tanzanians are praising Maguli for this act with some saying he is not as greedy like many other African presidents,

” If this was another African president they would have arrested the miner and charged him with frivolous charges then sell the stones to the Chinese” said one Tanzanian who identified herself as Zainabu,

And Peter James chimed in’ Wow this is great what a nice president Tanzanians have.”

Mr Magufuli came to power with a promise to safeguard the nation’s interests in the mining sector and increase government revenue from the sector.

In 2017, he ordered the military to build a 24km (15-mile) perimeter wall around the site believed to be the world’s only source of Tanzanite – a 4km section at the foot of Mt Kilimanjaro.

A year later, the government reported an increase in revenue in the mining sector and attributed the rise to the construction of the wall, saying it had curbed smuggling.

Tanzanite is one of the rarest gemstones on earth and, according to the University of Pennsylvania, one local geologist estimates its supply may be entirely depleted within the next 20 years