The third President Mwai Kibaki died last week at the age of 90 years. The news was announced by president Uhuru Kenyatta on Friday.

Kibaki was in hospital when he breathed his last.

His body is currently lying at the National Assembly for the public to pay their last respect. Kibaki has been hailed so much and even referred to as the father of the economy.

Leaders including president Kenyatta, DP William Ruto, Kalonzo Musyoka, Speakers of the two houses Kenneth Lusaka and Jusin Muturi, among others visited the parliament to pay their last respects to the fallen leader.

Kibaki’s body will lie at the National Assembly until Wednesday after which a state funeral will be organized on Friday before his burial in Othaya on Saturday.

Little is however known about Kibaki’s children as they have preferred to keep their lives private.

The former head of state married the late Lucy Kibaki in 1961 when he was 30 years old and together they were blessed with four children namely Judy, Jimmy, Tony and David.

Kibaki also has a child with former Othaya MP Mary Wambui, who is said to be his second wife even though he publicly denied that.  Their child is popularly known as Winnie Wangui Mwai. 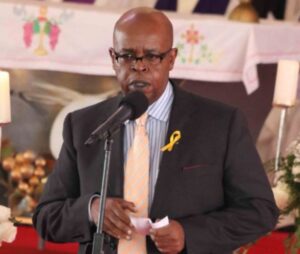 The most popular of the Kibaki children is Jimmy, who has expressed interest in politics. He was born in 1964.. Jimmy studied Political science and administration at  Salve Regina University.

He is the owner and Chairman of Odibets which was launched in 2016. He is married to Sherly Anne, whom they schooled together, and together they have three children namely Mwai Kibaki Jr, Sean Andrew and Emma Ngini.

Judy Wanjiku Kibaki is the only daughter of the late president and wife Lucy. She has worked as a member of the Kenya Invest Board. She also worked at the Deacons Board as well as Britam.

She has been responsible for updating Kenyans on her father’s health.  A better part of her life is private but she is known to be the mother of Joy Marie, Kibaki’s grandchild. It is not clear whether she is married or not. He is believed to be in his 50s even though not much information about him is available. 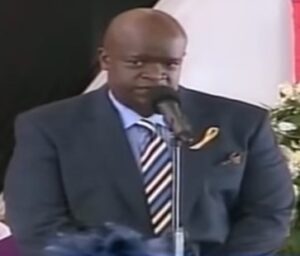 Tony is the lastborn son of Kibaki and Mama Lucy. The last memorable moment in public was during his mother’s burial in 2016, when he gave a moving tribute and since then, so little has been heard of him. 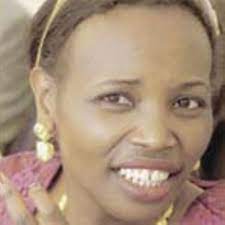 Wnfred Wangui has also been mum about her relationship with the Kibaki family and in 2007 she only said that those who know the truth know better when she was asked about that in an interview with Easy FM. She is believed to be Kibaki’s daughter with former MP Mary Wambui.

She formerly worked at the ministry of foreign affairs during the deceased President’s  era as president. While working at the ministry, she got involved romantically with an Armenian identified as Margaryan Artur, who was deported in 2006 along with his brother over a security breach at Jomo Kenyatta International Airport. They were described as international criminals. The scandal saw Wangui lose her job at the Foreign Affairs ministry.