Legs, Arm And Other Body Parts Of Missing Doctor Found Inside A crocodile 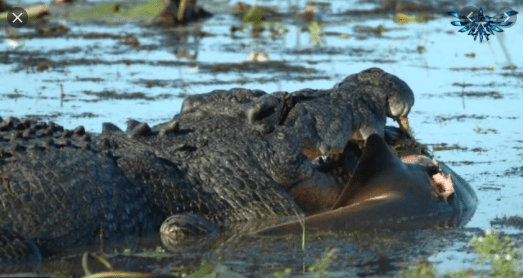 Legs, an arm, and some other body parts belonging to a medical doctor who went missing on Wednesday, November 25 have been discovered inside the stomach of a crocodile in Kilgoris, Narok Country.

Dr. Samuel Kinanda is said to have been attacked by the reptile prompting a frantic search by officers from the Kenya Wildlife Services (KWS) and the National Police Service (NPS).

According to KWS officers, there are six crocodiles in the Kilgoris river.

Today mid-morning on Friday, November 27, a huge crocodile suspected to have eaten the medical doctor, emerged from the river to bask at the river banks.

As soon as the animal started moving around, KWS officers aimed at it and shot it dead.

The crocodile’s belly was then split open and decomposed human body parts were recovered.

The local police boss told a local media station that the family of Dr. Kinanda positively identified him after noticing the swallowed arm had his wristband.

“We are yet to retrieve his head,” the police boss told K24.