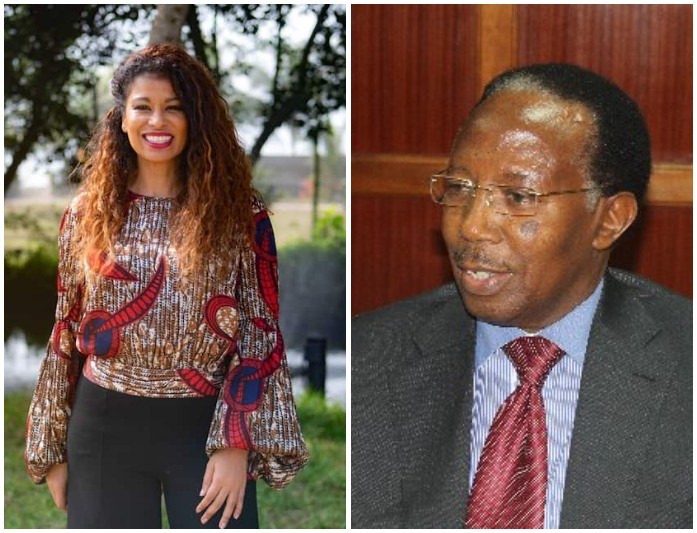 President Uhuru’s government is desperately trying to save loss-making Kenya Power whose troubles started years ago when Julie Gichuru’s father-in-law was in charge.

The government has declared Kenya Power a “special government project” as it takes a more hands-on approach in the affairs of Kenya’s sole power distributor.

Interior Cabinet Secretary Fred Matiang’i announced that the government had initiated a restructuring process at the troubled electricity distributor with plans to cut power costs by 30% by December.

Matiang’i said an inter-ministerial team had been set up to audit KPLC and oversight urgent reforms in the company.

Uhuru’s government will increasingly play a bigger role in over-sighting Kenya Power in which it has a 50.1% stake and is a critical player in the running of the economy being the sole power distributor.

Matiangi announced a planned forensic audit of KPLC systems will be spearheaded by the Directorate of Criminal Investigations (DCI).

Kenya Power registered Ksh939 million loss after tax in financial year ended June 2020, which the Interior Ministry in a statement attributed to corrupt practices within the firm.

The multi-agency team will also look into procurements practices, insider trading, conflict of interests and suspect transactions involving KPLC staff and others.

The audit is expected to reveal the extent of the rot in Kenya Power and might claim officials, current and former, within the troubled company who may have had a hand in bringing it down.

Julie Gichuru’s father-in-law Samuel Gichuru is expected to be among individuals who are targeted by investigation as he is responsible for bringing Kenya Power down.

Samuel Gichuru ran an intricate web of corruption and theft when he was the managing director of Kenya Power.

Gichuru became wealthy with money siphoned from Kenya Power, so rich did he become that at some point he was referred to as “Mr. Moneybags.”

The two diverted more than Ksh520 million proceeds of kickback from foreign companies which had been given tenders by Kenya Power to tax-haven of Jersey.

Part of the hidden loot was for a loan for a non-existent Ewaso Nyiro hydro-power plant which Kenyans repaid until 2020.

Ewaso Nyiro dam scandal prompted the UK government to start investigating Gichuru and Okemo after the matter was raised at the House of Commons in 2001.

The dam was to be build by 2007 at a cost of $350 million (Sh35 billion), the initial feasibility study which was awarded to British firm Knight Piésold cost five times what such services would normally cost.

Gichuru created Windward Trading Ltd to receive kickbacks for the award of tenders to foreign firms. The funds were disguised as consultancy fees or commissions charged to the companies.

Okemo, who was the then Finance minister, was named as a beneficiary of bribes Mr. Gichuru received from foreign firms.

Kenya Power paid Knight Piésold Ksh1.5 billion upfront even though the dam was not to be started in 10 years. The dam was never built – while Kenyan taxpayers paid a loan for a non-existence project.

The money was later diverted to Jersey Islands where Gichuru had opened some secret accounts in 1986 with the help of Deloitte & Touche, a Jersey accounting firm.

It was after the British company came under pressure from the House of Commons that Knight Piésold officials turned against Gichuru and the power firm.

Gichuru and Okemo lost the money they stashed in Jersey Island after authorities there confiscated it in February 2016.

The Royal Court of Jersey ordered the seizure of about Ksh520 million in the offshore account belonging to Windward Trading Ltd after the company pleaded guilty to four counts of money laundering.

Kenya and Jersey signed an agreement on March 3rd 2017 to pave way for the return of more than Ksh380 million Gichuru stashed in Jersey.

The Attorney General of Jersey requested the extradition of Gichuru and Okemo to Jersey Island to face money laundering charges but up to date Kenya is yet to hand over the two thieves.

If President Uhuru Kenyatta is honest about saving Kenya Power with his latest initiative, then his government should handover Gichuru and Okemo.