Kai Havertz Under Fire For A Sloppy Debut At Brighton 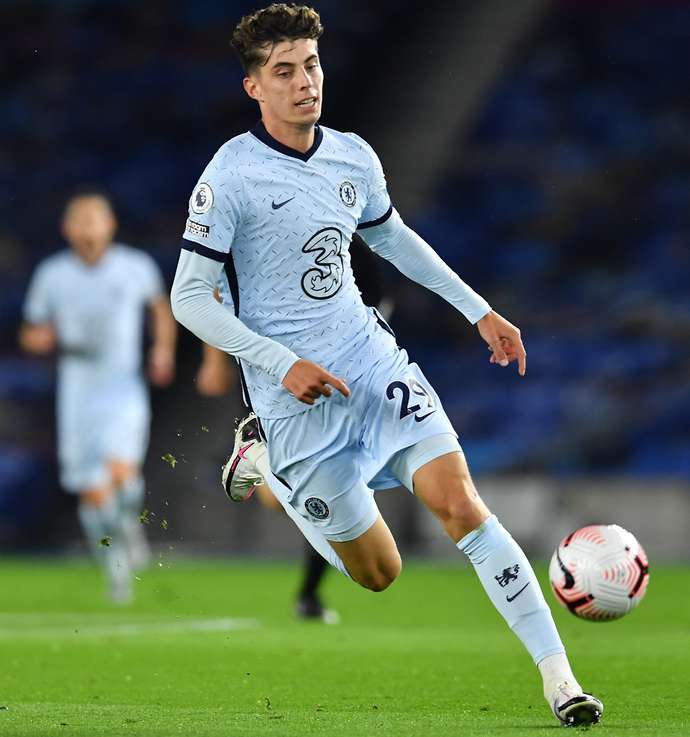 Havertz penned a move to the Bridge having established himself as one of the most exciting young players in world football, scoring 36 Bundesliga goals and earning seven Germany caps.

It goes without saying, though, that Havertz had something of a quiet night at the Amex Stadium and didn’t set the world alight as some of the more optimistic supporters had suggested.

Obviously, it’s just one game and that should hardly see doubts creep in already, but you sensed that there was collective feeling of being underwhelmed by Havertz’s opening display. 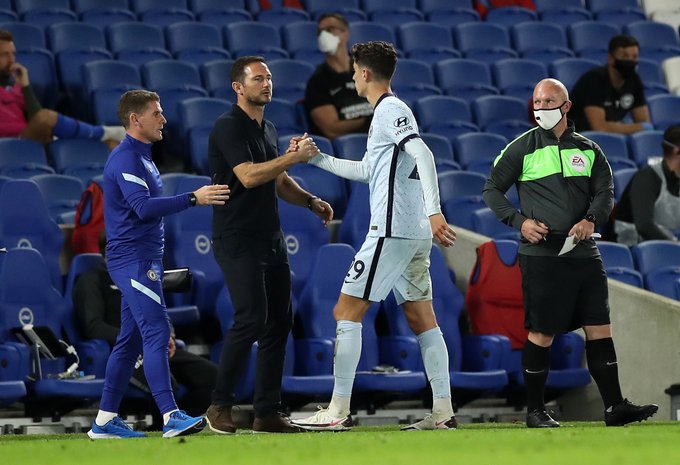 It certainly paled in comparison to the performance of his compatriot Werner who won the penalty for Chelsea’s opening goal and looked hellbent on adding his name to the score sheet.

And although Havertz was hardly poor, that didn’t stop a few rival fans from picking up one particular moment at the Amex that didn’t exactly show the 21-year-old in a good light.

Havertz poorly misplaced a diagonal ball during the second-half that, as you’d probably expect, led to supporters making jokes that he was passing to Mesut Ozil or the assistant referee.

This has attracted a lot of trolls from social media especially from rival fans who are calling Havertz all times of names.

However, it was a good opener for Chelsea  with a hard-fought 3-1 victory over Brighton & Hove Albion at the AMEX Community Stadium.

Jorginho gave his side the lead from the penalty spot after Timo Werner was clipped by Brighton keeper Matt Ryan in the 23rd minute. The hosts pegged Chelsea back early in the second half when Leandro Trossard’s effort crept past Kepa Arrizabalaga in the away goal, before right-back Reece James restored the visitors’ lead in glorious fashion just 100 seconds later when he arrowed home an effort from 30 yards out.

Federation of Kenya Employers says every modern sector company in the country has lost at least 33 jobs due to the Covid-19 pandemic. As if...
Read more
- Advertisement -
Celebrity

The reckless accusations by socialite Shakilla that Victor Wanyama had a sexual relationship with her in exchange for Sh700,000 has handed the Harambee Stars...
Read more

Apparently what caused the Deputy President to not attend the National COVID-19 event has been revealed. A corroborated and reliable source has reached our desk...
Read more
Celebrity

The reckless accusations by socialite Shakilla that Victor Wanyama had a sexual relationship with her in exchange for Sh700,000 has handed the Harambee Stars...
Read more
Business

A statement purporting that Weston Hotel in Nairobi is offering free meals to Lang’ata residents has been making rounds on social media sparking excitement among a...
Read more
SONKONEWSLionhearted & Connecting The Dots