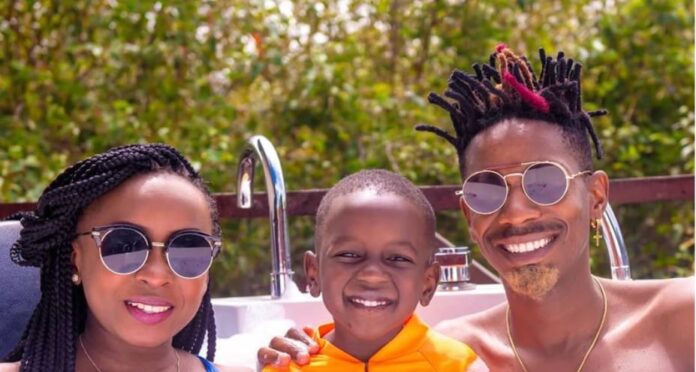 Speaking to Caroline Mandi in an interview, Jacque revealed how she battled with a fertility condition.

Speaking in an interview with True Love CEO, Caroline Mandi, Jacque narrated how she battled with a fertility condition. 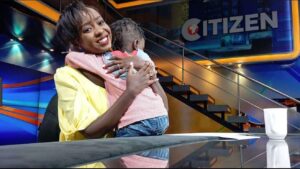 “I had almost gotten a baby before but I suffered a miscarriage. It was tough at the time because it was so new to me. Then we tried again, suffered a second miscarriage and didn’t know what was going on,’ she said at the interview.

The former Citizen TV reporter said she at one point was sure she would never become a mother after doctors discovered she suffered from the septum.

(A septate uterus is a deformity of the uterus, which happens during fetal development before birth. A membrane called the septum divides the inner portion of the uterus, at its middle.)

She revealed she had a wall between and the problem was that the baby would neither be planted on one side or the other and as they grow the wall didn’t move and that led to her miscarriages.

According to her, the condition was to be rectified by surgery but she did not go through it. 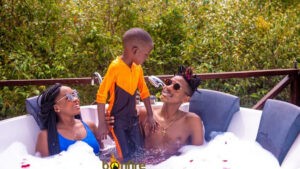 “We were lucky we found out earlier so I was told I had to undergo surgery to get rid of it and give ourselves a period and wait and now the baby would have at least enough space to carry to maybe 30 something weeks and don’t have to get to 40. I remember I panicked and I said I’m not gonna do this,” she told the True Love CEO.

“It took a while, I can’t remember how many years it was and every day I used to pray and ask God ‘what is too hard for you? I don’t have to have this surgery if you want you can make that thing elastic by whatever miracle but just make it elastic, create space.”

She describes her son Zahari as “a miracle baby” as she hadn’t done the surgery.

The media personality revealed that the name of her son “Zahari” means “God has remembered”. 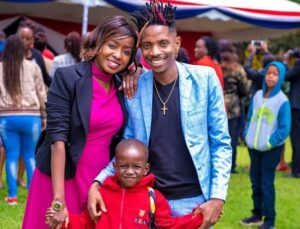 She however said he went through the surgery after giving birth to her son. And she now wants one more child

“It’s a personal name and we have a very personal relationship. He makes me happy,” she said.

The mother of one also revealed that she broke up with her baby daddy, Eric Omondi after she thought things were getting serious for them, leaving her hurt.

“Sometimes I don’t know what is wrong with men. I think it’s something I wanted, but he was in a space where he wasn’t ready,” she said.

“I think we were in both different places and right now Eric is my friend today.”

“At the time we were together, he still wanted to have the girls and the groupies and he was blowing up and we would go places and girls would ignore me, but he would be respectful enough and tell them ‘say hi to my girlfriend’.”

She went on, “I was tying him down being in a serious relationship, his star was busting and shining and then now the baby situation comes and I said this is what I want for myself and we agreed to go our separate ways and we remain friends.”

On whether she would date the Africa’s president of comedy again, Jacque said;

Related: Jacque Maribe mourns Allan Makaka as she reveals his nickname for her