Inside Uhuru’s Allies Elaborate Scheme To Kick Out Ruto From Jubilee, Impeach Him As DP

Deputy President William Ruto is staring an a double dose of betrayal and ouster from men close to the President Uhuru Kenyatta,which include being kicked out of Jubilee Party then stripped off power as the Deputy President.

Angry allies of the President claim Ruto has taken the political showdown to Uhuru’s doorstep in a show of defiance to demonstrate that he is ready for war.

“How is it possible the Deputy President never has these kinds of shenanigans in his own backyard? When was the last time that the DP held harambees in Eldoret or Baringo, for that matter? Why is that he comes to Mt Kenya to incite, divide and to provoke?” Murathe asked.

Insiders say the falling-out within Jubilee will hit its apogee after the launch of the Building Bridges Initiative report that Ruto and his allies plan to oppose.

A group of influential civil society players working closely with former Machakos Senator Johnson Muthama has promised to rally behind Ruto to oppose any constitutional amendments recommended by the BBI team. 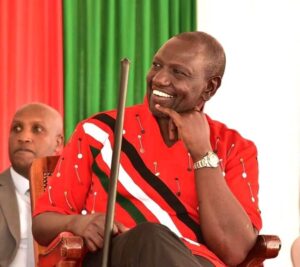 According to The Star, a plot to kick out Ruto as the Deputy President has been hatched and will be rolled out in stages.

The removal of Ruto as the DP would obliterate him from government, denying him the trappings of power and use of state machinery in his aggressive campaign to succeed his boss.

“We have some few people looking at what the law provides. Once the Registrar of Political Parties scraps Ruto’s name from the party roll, then we will move on to kick out Ruto as Deputy President,” a highly placed source aware of the plan told the Star.

Last week, Jubilee secretary general Raphael Tuju publicly announced the party would kick out Ruto as the deputy party leader after what he termed the DP’s attempted “power grab” at Jubilee headquarters. 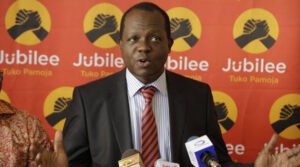 The daring statement by Tuju was the clearest signal that the centre can no longer hold.

“…the NMC (National Management Committee) has recommended to the NEC that the DP ceases to be Deputy Party leader after he opened the so-called Jubilee Asili offices that are reserved for him and his allies until such a time that this development of Jubilee Asili is discussed at the NEC,” Tuju said.

Tuju’s statement had the blessings of the President who was away in Paris.

Kicking out Ruto from Jubilee would be a walk in the park for the President’s allies because Uhuru firmly controls key organs of the party after ejecting Ruto’s confidants from key posts.

After removing Ruto as Uhuru’s deputy in the Jubilee hierarchy, the President’s men will then table an impeachment motion against Ruto in the National Assembly.

While being partyless is not grounds for the removal from office of a deputy president under the Constitution, the expulsion would provide fertile evidence for the intended impeachment.

Article 145(1) provides that such a motion must be supported by a third of the members of the National Assembly — 117 MPs — and approved by two-thirds of the 349 lawmakers.

If two-thirds of senators vote to uphold the any impeachment charge, the deputy president shall cease to hold office.

However, this may not be a walk in the park as Ruto equally has support among a substantial number of lawmakers.

The looming onslaught will further heighten the growing tensions in government and push the four-year-old ruling outfit to the brink of disintegration ahead of the 2022 General Election.