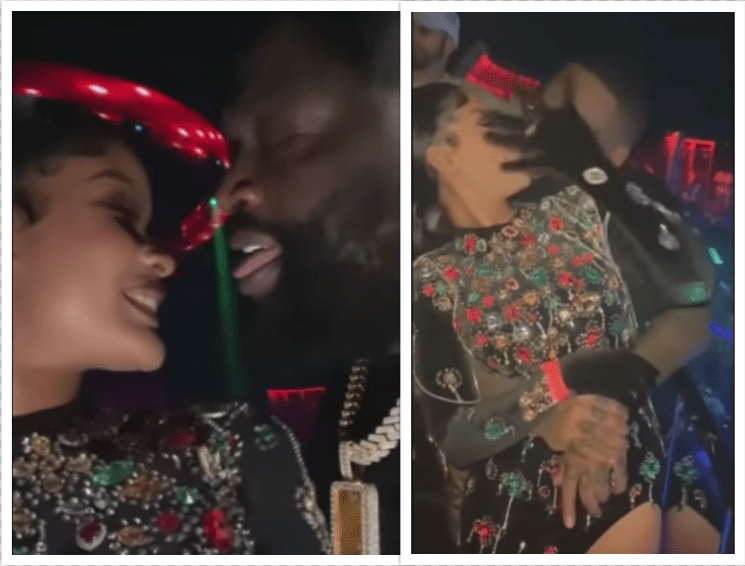 Hamisa Mobetto set tongues wagging in November when she finally slept with American rapper Rick Ross in Dubai after months of flirting with each other on social media.

Mobetto and Rick Ross flirted with each other on social media for a long time before they finally met in Dubai in person in November 2021.

The two celebrity lovebirds raised eyebrows when they were seen dancing erotically with each other at a club in Dubai in late November.

The Tanzanian fashionista later shared photos of Rick Ross and her in bed, she took the photos when the American rapper was deep asleep. 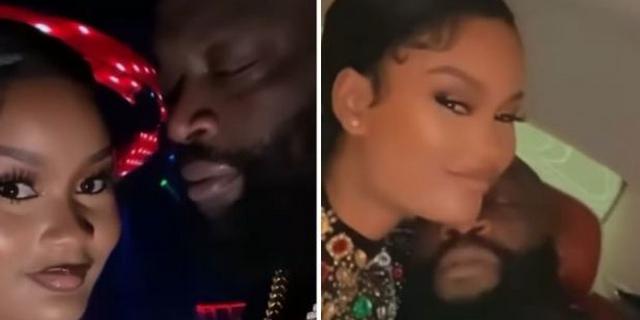 Mobetto was trolled by a section of Tanzanians with some saying she was just after Rick Rose’s deep pockets.

Others were of the opinion that she just wanted her baby daddy Diamond Platnumz to feel pissed off by dating his close friend Rick Ross.

Diamond and Rick Ross are close having worked together on a hit ‘Waka’ in 2017 when they were both brand ambassadors for Luc Belaire champagne.

Hamisa Mobetto also got close to Rick Ross because she was Luc Belaire champagne brand ambassador.

Fast forward to 2022, Hamisa Mobetto spoke on her Dubai moment with Rick Ross during an interview on NTV on Friday night January 14th.

The Tanzanian singer and businesswoman now dismisses claims that she is romantically involved with the US rapper.

“We are quite close. I wouldn’t say it is a relationship but we work together and we are like one big family. It is not a romantic relationship. I am currently focused on building my brand and making more money,” Hamisa said.

Hamisa Mobetto’s sentiment on the Trend contradicts her December 2021 confession about being deeply in love with Rick Ross.

Back in December, the Tanzanian socialite confirmed her love for Rick Ross was not just about his money, but many other things.

Related: Hamisa Mobetto Lists 6 Things That Made Her Fall In Love With Rick Ross