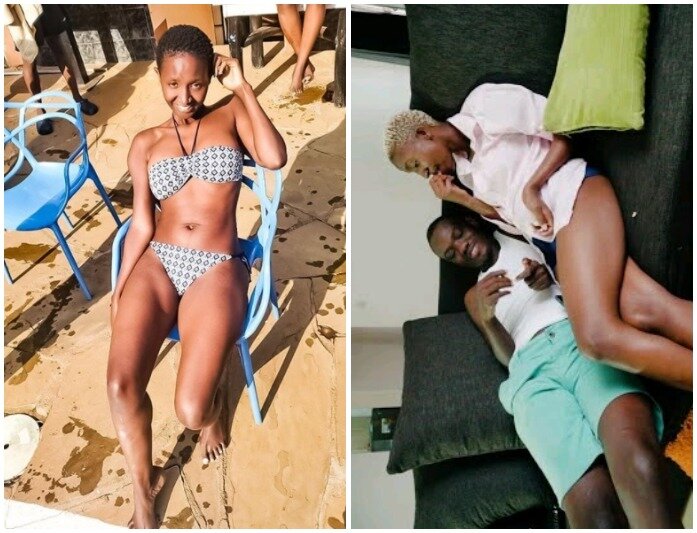 Churchill Show comedienne Eunice Wanjiru Njoki alias Mammito has revealed why she doesn’t wear panties even when going for concerts and events.

Mammito is among a handful of celebrities who often walks around in public without wearing any panties underneath their clothes.

The comedienne admitted she loves going commando while speaking during a recent interview with Diamond Platnumz’s owned Wasafi FM.

Mammito was in Dar es Salaam, Tanzania days ago on a mission aimed at boosting subscription to her YouTube channel.

Speaking during an interview with Wasafi FM, Mammito opened up about her abhorrence for undies.

The young comedienne explained that she doesn’t like wearing underwear because they make her nether regions feel hot.

“Mimi sipendelei kuzivalia. Nikivaa labda ni mara moja baada ya siku nyingi. Huwa zinaleta joto sana. (I don’t like putting them on, I only wear them once in a while. They raise my body temperature),” said Mammito.

Her knack for going commando is not the only weird thing Mammito said during the interview on Wasafa FM.

The Kenyan comedienne also revealed that  she would love to be married to a rich man with who is well-endowed so that he can quench her sexual thirst.