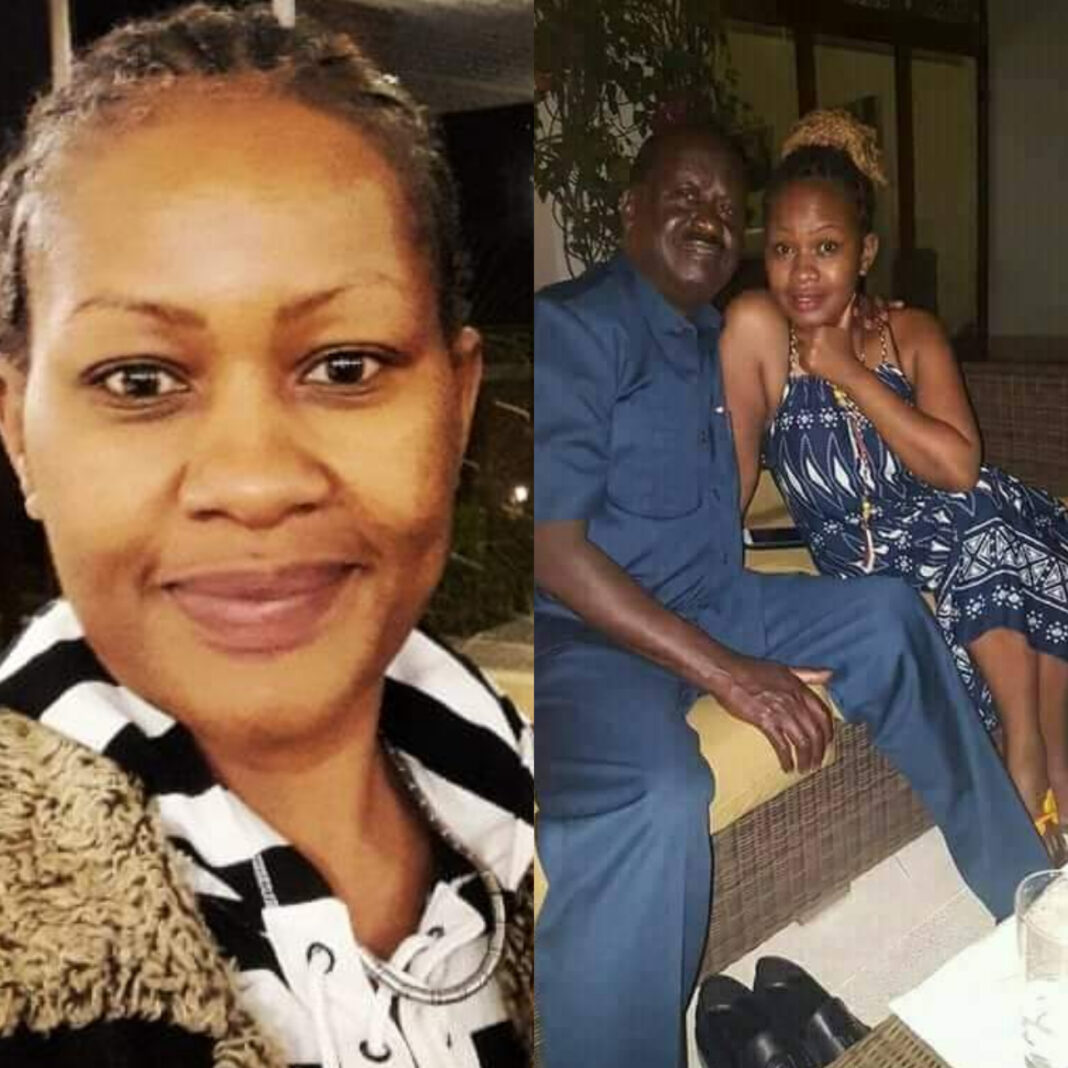 In November 2017, Sasha Seraphine Mbote,  trended for all the wrong reasons when she was captured in photos in a compromising situation with ODM leader Raila Odinga while in Zanzibar.

Sasha, who was 37 years old then,  was accused of being a homewrecker, a h*e and received all manner of insults and threats including death threats because of the images which she shared herself on social media because of the excitement of meeting such a public figure.

On the fateful day, The  businesswoman, owner of Maridadi tour company,  was just enjoying her long holiday at Stone Town, Zanzibar  when she bumped into Raila in the evening.

“I went to a place called Living Stone, I had a few beers. I was supposed to travel the following day. The internet was not so okay so I said let me just go to the next place which was Pakaya and I went there and I had a beer I think I wanted to have a meal then I checked the time I said no, tomorrow am leaving let me just have my beer and go home,” Sasha said in an interview with Lynn Ngugi.

Before that, she decided to visit the toilet and and she passed by a table that had five men. The former prime minister was among those who were seated at the table. A star struck Sasha could not keep calm after catching a glimpse of the ODM leader and she ended up shouting, “Oh My God Baba!”

“He just stood like someone who knows me and he was like hae, he hugged me and shook my hand,” Sasha recalled.

The Maridadi managing director then greeted  Raila’s people before proceeding to the toilet.

“When I was coming back, I am like my parents are not gonna believe that I saw you, can I take a picture with you? And Jimi Wanjigi was seated on the other side said bring your phone he is your Baba, Kenya’s Baba,” Sasha said.

An excited Sasha rushed to pick her phone at her table and set the camera to ensure that the photos were captured well.

Behind them, there were people having dinner and a waiter could also be seen serving customers.

After the brief photo session, Raila invited her over to his table where he introduced her to his friends.

“He introduces me to two guys, they were Mugabe’s friends. They were meeting him, there was Jimi Wanjigi, I could see I know this man but it never clicked but if it did click that time I would have taken a photo with him as well. Then I was introduced to his bodyguard, then there was Simon Leon, his spokesperson,” Sasha said.

After staying with them for a while, Sasha decided to leave because she was to travel to Arusha the next day, but before leaving she asked Raila whether she could share the photos on social media.

“I went and asked him, can I post the images on social media, Baba being baba was like even now do it,” Sasha narrated

Raila’s bodyguard however followed her and asked her to post the photos the following day since it was a political year and they did not want people to know their location.

The following day, Sasha posted the pictures at around 11 on her way to Arusha, her  phone’s battery however died while on the way and therefore she didn’t know that she had caused a buzz on social media. She got to Arusha at midnight.

The moment she switched on her phone, thousands of messages were streaming in that she could not use it.

“After my phone had calmed, the first thing, I am in 10 diaspora groups, I am seeing please don’t kill yourself, am seeing my sisters missed calls, friends who have not talked to me for so long,” Sasha said.

In some messages she  was accused of being sent by Jubilee to ruin Raila’s Odinga reputation. Bloggers wrote fake stories about her and it was just a total mess.

The only thing that mattered then however was her parents’ reaction. Her parents didn’t have doubts about  her dignity but encouraged her to be strong and not listen to whatever people were saying.

“If my mother and father doubted my dignity I could have killed myself. In as much I was putting this face out there, I was so broken inside

She was supposed to return to the country after the Arusha trip but had to cancel because she feared for her life. In Zanzibar as well, the police were hunting her  over claims of disrespecting a Muslim country due to the scandal and so she decided to stay in Kigoma with a friend for things to cool down.

2019 Likoni Ferry Accident: One Mistake By Government That Saw Mariam Kighenda And Her Daughter Perish