How Tecra Mungai blew Shs 1.6 million on her lover Lali in a month 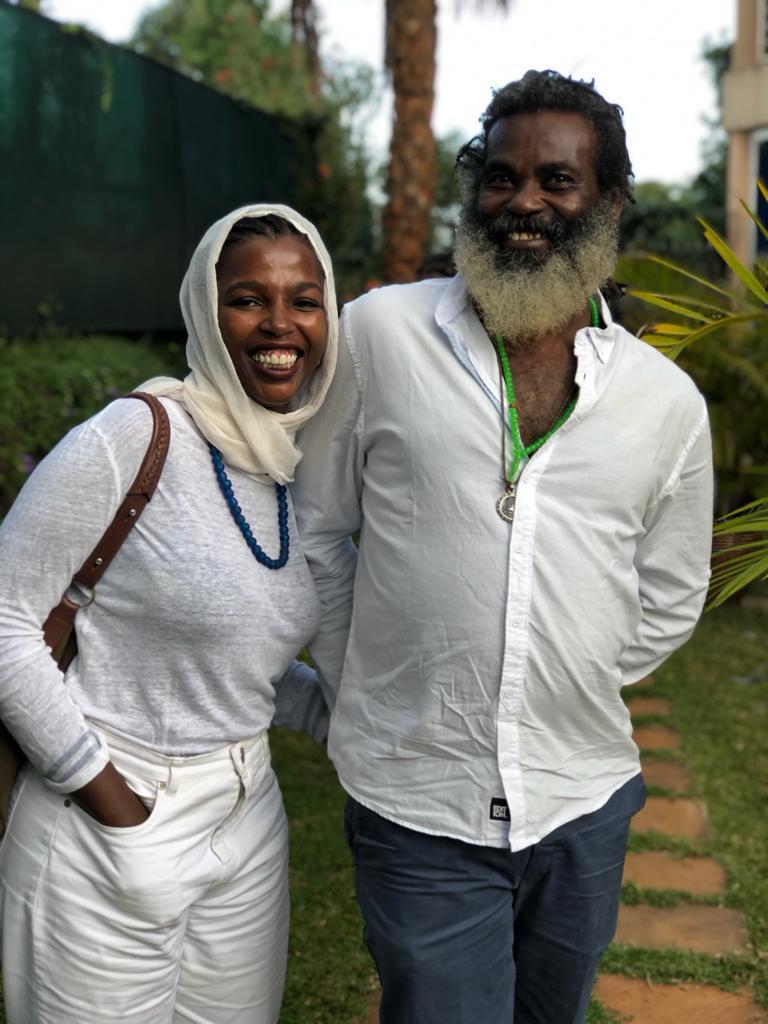 When the news of Tecra Mungai surfaced, many Kenyans were sympathetic for the loss of Keroche heiress. But equally astonishing was who was the murder suspect, playboy Omar Lali.

The shabby-looking Omar, the freed lover of the late Keroche heiress, is not the ideal man many had expected to be warming the bed of Tecra Muigai.

Firstly he appeared unkempt in fact one newspaper introduced him as a beach boy. Secondly, he looked a bit older than Tecla.

And a new investigation has revealed that Omar Lali was in the relationship for Tecla’s money.

According to a report by Undercover, Bank and M-Pesa account transfers from Tecra show money kept pouring Omar Lali’s way.

In one month alone, August 2019, Tecra blew Sh1.6 million with Lali-who was this July acquitted as a murder suspect in her death from a fall on May 2 this year. 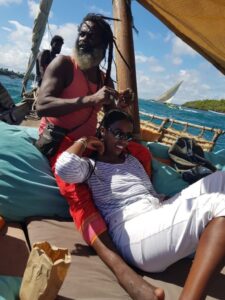 Of that chunk, Sh1 million was sent to her from Keroche Breweries for “purchase of office goods” but most of it was spent travelling, shopping, wining and dining with Lali.

Between February and May 2020, Tecra blew Sh2.4 million with Lali most of it in high-end hotels. By the time of her death, her account had Sh1, 500 only. Though Kenyans knew her as Tecra, her bank statements are under-Patricia Tecla Wangari Muigai. 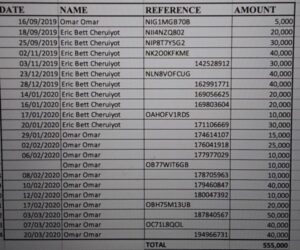 Before her death, Tecra had confided to a family member that she planned dumping Lali for “entertaining” previous mzungu lovers including Anne Clementine Yntje, Lali’s Dutch girlfriend with whom he had a daughter. Tecra was also concerned at the rate Lali was taking her money to the sands.

Due to her position, Tecra earned Sh500, 000 as net salary-which spent the without heartburn. For instance, the salary paid on January 27th was over by February 4, 2020. Omar Lali was a big beneficiary of her salary. Whenever Tecra was paid, she wired amounts ranging from Sh100, 000 to Sh400, 000 to his account at GulfAfrican bank, Lamu branch. 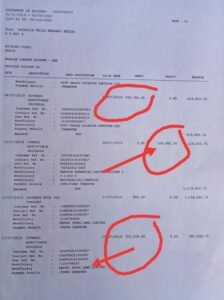 That was besides frequent mobile money transfers. Within one week in September 2019, Lali received Sh50, 000 from Eric Bett Cheruiyot, Tecra’s driver and bodyguard-and whom Lali later dismissed early this year.

Lali would also make M-Pesa withdrawals ranging from Sh10, 000 to Sh50, 000 within days. There are no records of money being transferred from Lali to Tecra- who fell to her death this May from Jaha House in Lamu where they had been cavorting together.

Money sent to Lali increased when she travelled out to London, Tokyo, France, Dubai, Addis, Portugal, Spain and Morocco-where in January 2019, Tecra spent over Sh1.3 million at La Mamounia Hotel in Marrakech. In April last year, Tecra spent Sh500, 000 on food, drinks and shopping in Spain. 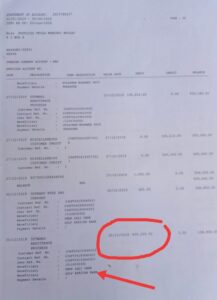 But that is pocket change compared to what she spent with Omar Lali in Kenya whose currency has lower value than in countries which are playgrounds of dollar millionaires.

Consider: By August last year, Tecra returned to Kenya from her foreign trips. But various cash troughs sent to her amounting to Sh1.1 million was spent between Naivasha and Dar-es-Salaam and was over by September 9. A week later, her Sh500, 000 September salary wired to her on September 16, 2019, was over in two weeks. That means within one month Tecra blew Sh1.6 million on days of rendezvous with her lover, according to her bank statements.

Cheruiyot, who was also in the trip as her security, later told investigators the couple quarreled so much he had to interfere, souring his relationship with Lali-who later fired him. It was Lali who paid Tecra’s employees including her house help. The quarrels were about the money she gave Lali whom when confronted was either “elusive, elusive, defensive or angry.”

Tecra’s spending in Lamu, for instance, was more than she spent in Marbella, Spain. In July last year, she forked out over Sh700, 000 at Peponi Hotel, in Lamu where she stayed with Lali. Two weeks later, she was bilas!  In January 2020, she received about Sh700, 000 but spent over Sh350, 000 paying bills at Majlis Resort in Lamu.

“I am Not Married And Not Worried,” Gospel Singer Mbuvi Explains Why He Is Not Married