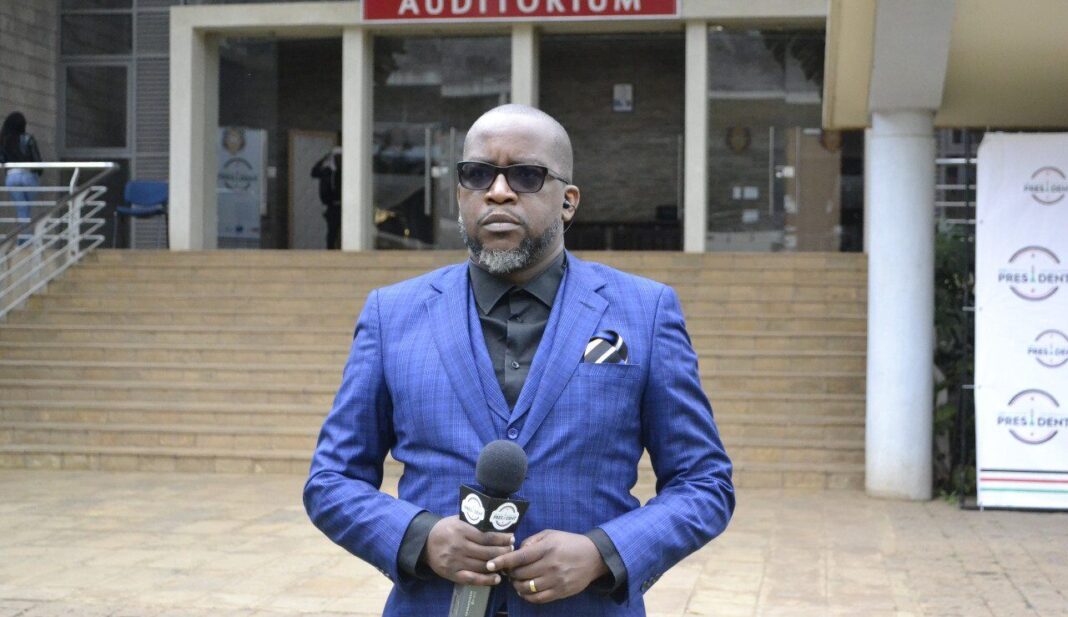 Jimmy Gathu made his first million at the age of 25, but in 2016 he was so broke he was begging friends for a mere Ksh1,000 just to survive.

He also has a stellar record in the films and movie industry having feature in several local productions and TV commercials.

Gathu started his media career at KTN where he was first employed as a continuity announcer. At the time, he would read out the program lineup. He was then tasked to create a number of shows that aired music in the evenings.

While working for KTN, Gathu created was Niaje a youth talk show where Nazizi, Redsan and DJ styles were discovered.

He is also credited for creating the popular Klub Kiboko, which is a kids’ show that has been airing on KTN for more than 20 years.

However, one of the most outstanding creation by Jimmy Gathu is Classic FM characters Maina and King’ang’i.

When Gathu moved Radio Africa Group, he made a lasting impact that is being felt to date, and that is Maina and King’ang’i.

“I designed Maina and King’ang’i, that was my concept. Patrick Quarcoo (Radio Africa CEO) told us that he wanted us to take the station from obscurity to at least the 2nd or 3rd best radio show in the country within 9 months.

“I called Maina and King’ang’i (for a meeting) and told them not to discuss any politics on the show. Maina was surprised but I told them to let Caroline Mutoko (of Kiss 100) and everyone discuss politics,” Gathu said during an interview with the Standard.

Jimmy Gathu then gave directions on the characters he wanted the two presenters to portray on air.

“You and Churchill (Daniel Ndambuki) should touch on human interest stories, specifically relationships. Maina I want you to support women irrespective of their decision, just be their guy and then you King’ang’i, be that male chauvinistic uncle we all remember or that teacher who doesn’t like women and don’t make any apologies for it,” he said.

Maina and King’ang’i went on the become the most formidable breakfast show duo in Kenya, and to date Classic FM presenters is among the top radio stations in the country.

Gathu is also takes credit for discovering and nurturing Johnson Mwakazi and Yvonne Okwara while he was working at Royal Media Service (RMS).

“I designed Hot 96 and that’s where I discovered and trained Yvonne Okwara who was my first breakfast show presenter. I remember telling Yvonne that I will teach you what they don’t teach in journalism class,” said Jimmy Gathu.

He took a chance on Okwara who had graduated with a degree in microbiology and trained her to become a radio presenter.

“For me, I was looking for talent that was able to dissect research and take on an interview with facts. Yvonne had a co-host who was a lawyer and their first guest was Tana River MP Danson Mungatana and when the show ended, he was like who are those girls?. He enjoyed it but they tore him to pieces.”

After discovering Okwara, he would then hire former Citizen TV anchor Johnson Mwakazi after attending an event where he was the MC.

“I go for this event at Serena, I was the MC. I introduced this entertainer and the guy grabbed the mic and his voice, oh my God! I asked him his name and he said Johnson Mwakazi. I gave him my card and told him to see me the next day,” Gathu recalled.

Gathu was the king of the media industry. In spite of his successes, he discovered he was not invisible after all when Nation Media Group unceremoniously fired him in 2016.

He was declared redundant in 2016 at the height of his career, an experience that opened a whole new world of experience.

Gathu was jobless for six long years in spite of his experience in the media industry. During that time he got so broke that at one point he was begging for Ksh1,000 from friends just to survive.

However, things turned around for Jimmy Gathu in March 2022 after he landed a radio job with Spice FM which is owned by Standard Media.