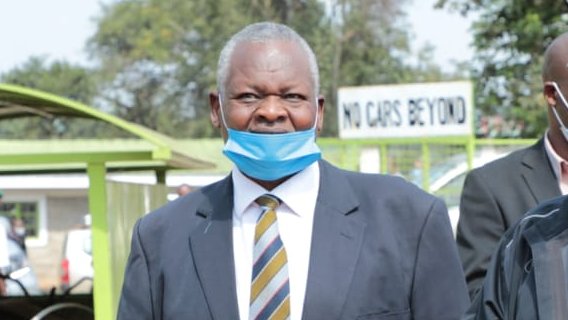 In his message of condolence, Deputy President William Ruto mourned Koech as “a leader of character, a hero, a true patriot and a brave man in uniform who was dedicated to serve and defend our country.”

“Quick-witted, strict but fair-minded, General Koech was a progressive and vibrant leader who became a central figure in the transformation of our military. We will miss his wise counsel, and vision and vigour to empower the people of Ainamoi,” Ruto said.

Kericho Governor Paul Chepkwony said Koech was a dedicated and a humble military man who served the country “with exceptional loyalty, commitment and trust.”

“I have also lost a dependable friend and a man endowed with wise counsel. A mentor to many within the county and beyond, Gen Koech has had his footprints in nearly all facets of the social life of the people of Kericho, thanks to his exemplary leadership credentials,” Chepkwony said in a statement.

In politics, Koech rose to fame in the run-up to the 2013 General Election.

When Ruto left ODM after falling out with Raila Odinga, he landed in the United Democratic Movement which was under the control of Koech.

Koech was alleged to have been bankrolled to put up a spirited fight against Ruto’s ‘illegal’ takeover of the party in 2011.

Raila is said to have funded the retired general in an elaborate political plot to keep Ruto from taking over the party.

Raila’s former adviser on coalition affairs and exiled lawyer Miguna Miguna writes that he was part of a plan in which the ODM leader gave Koech money to fight Ruto.

The political plot was allegedly an ODM project in which Miguna worked with Nairobi lawyer Mugambi Imanyara.

“As Ruto announced that he would run for the presidency on the UDM ticket, we resolved to lock him out of both parties,” Miguna writes in his autobiography, Peeling Back the Mask.

This, he adds, was done through Koech filing a petition with the Political Parties Tribunal, challenging Ruto’s “irregular takeover of UDM”.

Ruto was forced to retain lawyers for a battle with Koech at the tribunal and the High Court, Miguna writes.

Out of frustration arising from the cases, Ruto abandoned UDM and registered his own United Republican Party ahead of the 2013 election.

RELATED POST: Jubilee Set For Another Purge On Ruto Allies As They Set House Rules On BBI