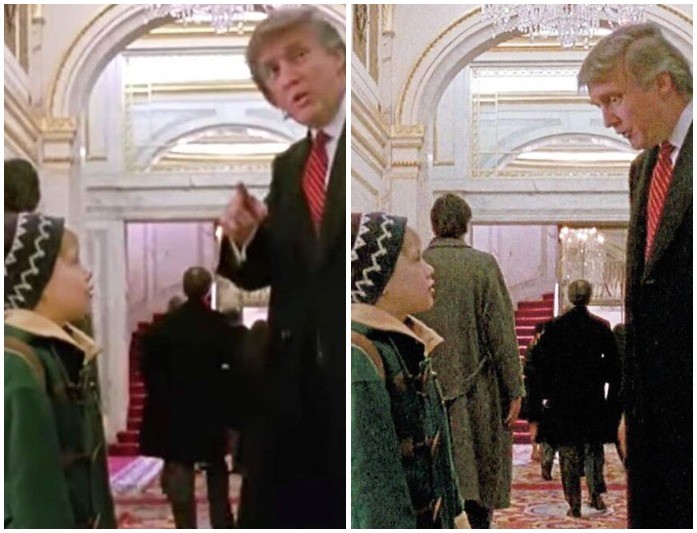 Donald Trump is increasingly isolated by nearly all entities after he incited insurrection at the US Capitol building.

Social media companies Twitter and Facebook were the first to punish Trump for sedition, blocking him from their platforms.

Several banks and other institutions have also announced they are no longer doing business with the disgraced president.

As if that’s not enough, Hollywood has also joined the bandwagon that is punishing Trump for inciting insurrection at the Capitol building.

One of Trump’s most memorable film roles was his brief exchange with Macaulay Culkin in ‘Home Alone 2: Lost in New York.’ Culkin has now joined calls to get Trump’s cameo removed from the film.

Culkin threw his support behind fan efforts to have Trump removed from the film while replying the petition on Twitter.

Fans have suggesting different ways of wiping out Trump’s cameo appearance on the Hollywood blockbuster.

Some people took the effort of ghosting out Trump from their brief exchange in the film, where Culkin’s Kevin character asks Donald where the lobby to the hotel is.

due to popular request I have removed trump from home alone pic.twitter.com/HoTA2csMl4

The efforts to wipe out Trump’s cameo come months after Home Alone director Chris Columbus said in November 2020 that Trump had actually forced his way into the movie because they were shooting at the New York Plaza Hotel, which he owned from 1988 to 1995.

“We paid the fee, but he also said, ‘The only way you can use the Plaza is if I’m in the movie,'” Columbus told Insider.