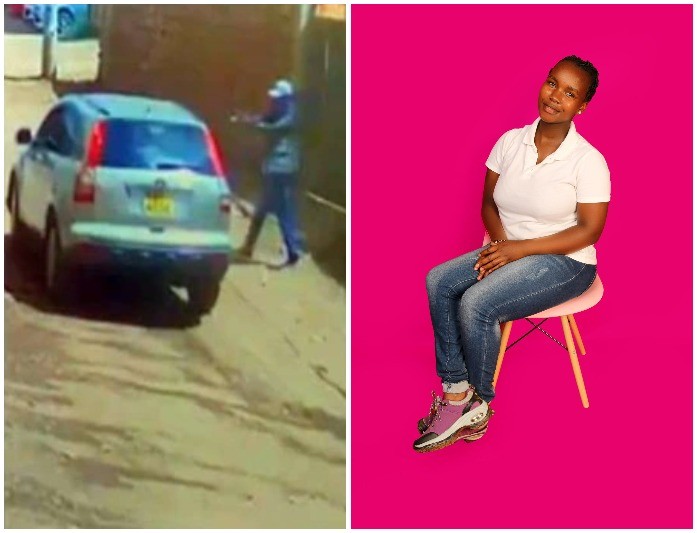 Mirema shooting victim was reportedly a notorious criminal, but his baby mama has come out to defend his reputation posthumously.

49-year-old Samuel Mugo Mugota was shot and killed in broad daylight in the Mirema Springs area after dropping a woman and a baby home on Monday afternoon May 16th.

CCTV footage showed Samuel was driving a Honda CRV which was blocked by a white Toyota Premio after dropping the two at Mirema Springs apartments in Nairobi at around 4pm.

An armed man wearing a suit and hiding his face in a cap then alighted from the Premio and shot at Samuel on the chest four times.

The shooter was on a mission to kill Samuel as he again shot at him two more times through his car’s windshield killing him on the spot.

The assassin then sped off leaving Samuel with blood splattered all over his white print shirt and beige trousers.

Detectives said Samuel was only shot at the chest. A police report indicates that six 9mm spent cartridges, four mobile phones and the deceased’s personal effects including nine Identity Cards were recovered at the scene.

A local daily reported that the Mirema shooting victim headed a syndicate that mostly involved women, who would be used to spike revelers’ drinks before stealing from the customers.

However, the victim’s baby mama Mary Meddih Wa Jesu denied her baby daddy was a criminal while speaking on the macabre killing.

The baby mama took to social media to mourn her son’s father. She eulogized the deceased as the best father ever, she lamented that their son will now grow without a father.

“The Noble Man who made me a mother have been killed in cold blood…Baba Koome YOU were the Best Dad Ever…. I dnt know how our son will grow without you but I will keep your Legacy thru him..May your killer never know peace ..Ti uhoroo..huroka thayu Mugoh😭😭😭😭😭😭😭😭….My son My son…,” wrote Mary. 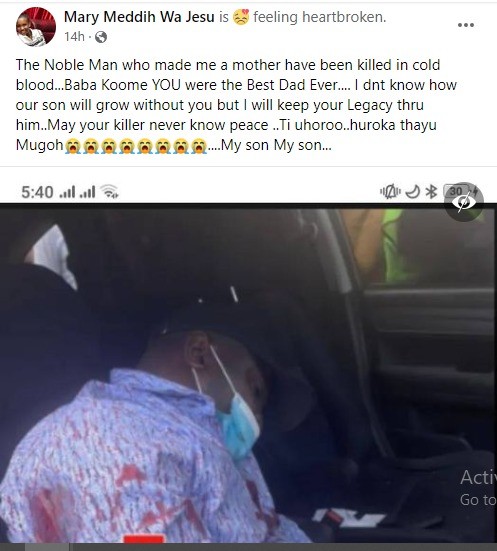 Mary also denied that her baby daddy was a criminal while responding to a critic, she revealed that the deceased was working as a private investigator for the past eight years.

The baby mama blamed the ‘biased’ media for reporting that the Mirema shooting victim was a criminal.

“He was murdered… n you can talk nonsense ..this is Kenya we have… ha have been a private investigator for more than 8yrs.. but today he is a criminal cz biased media telling you that they were told to say… n you all chickens of stories you can go celebrate then,” a distraught Mary wrote. 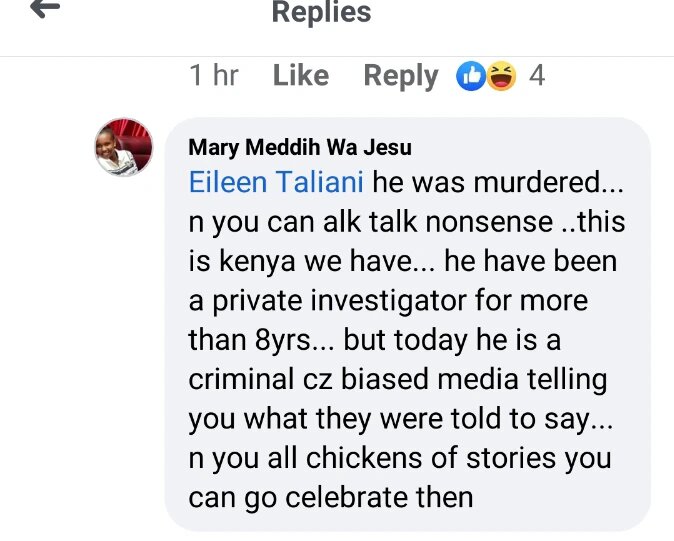