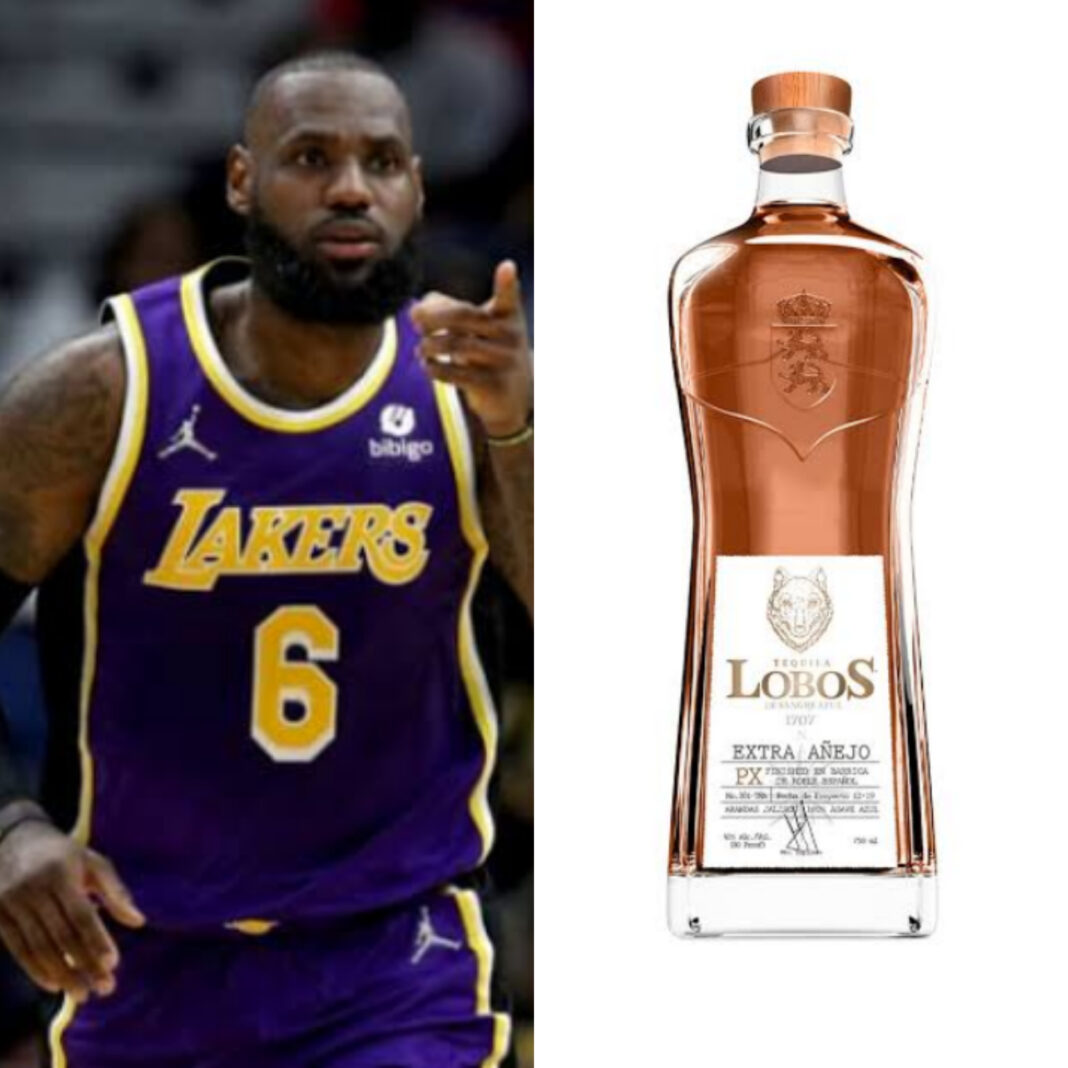 World’s richest Basketballer Lebron James is a happy man after his two-year old Tequila made it to the list of top five best tequila brands in the world.

Lobos 1707 Reopsado Tequila was just launched in 2020 and it is now the fourth best Tequila worldwide following a recent ranking during the annual San Francisco World Spirits Competition.

Over 5,000 spirits were evaluated in the competition that was conducted in two weeks during Spring and the rankings come at a time when  the National Tequila Day in the US is nearing. The day is marked on July 24.

“And we’re just getting started, Welcome to the pack. Let’s keep going,” Lebron said accompanied by a screenshot of the rankings on his social media pages.

According to Forbes, the brand gained popularity worldwide because of its association with Lebron but ‘writing off the brand as a poser would be a mistake.’

“It’s crafted from a centuries-old recipe that sees it aged in American white oak barrels before finishing in PX sherry barrels. That results in a spicy and complicated liquid that only gets better with each sip,” Forbes said.

Lebron’s latest win comes just days weeks after partnering with Japanese Tennis star Naomi Oscar to launch the controversial Hana K*ma media company and months after he was captured with his tequila bottle around his neck in an NBA all star game, a move that was seen as a marketing strategy.

Hana K*ma sparked a lot of controversies online because of its obscene meaning in Swahili. In Japanese, the name simply means flower bear.