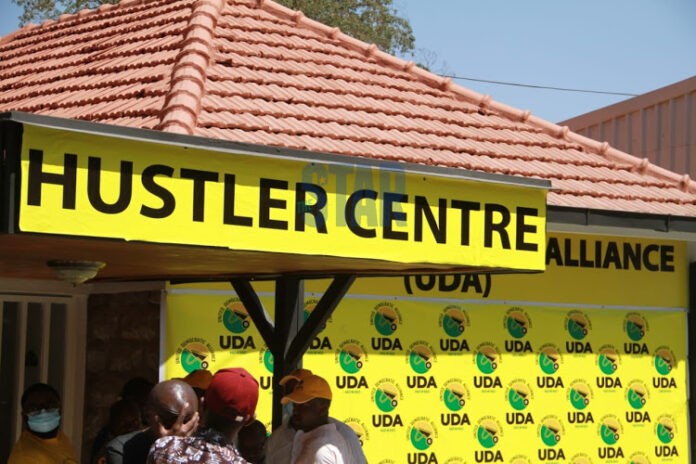 It seems Deputy President’s camp seems to have the last laugh after a group of governors allied to President Uhuru Kenyatta met the country’s second in command at Hustle Center.

According to an insider, the county chiefs held a closed-door with the DP and his top strategists for over an hour.

The source told a local publication that the meeting between Ruto and the Governors was a closely guarded affair.

The insider hinted that it is just a matter of time before the governors formally announce their defection to Ruto’s camp.

Sonko and Mwaura defected to the “Hustlers’ Nation” during a thanksgiving ceremony of Msambweni MP Feisal Bader.

Sonko accused the President of betraying the people, who helped him ascend to power.

“He (Uhuru) has betrayed everyone, including Ruto, Kipchumba Murkomen, and myself. We helped him to become President, but now he has forgotten that” Sonko said.

Further accused President Uhuru of becoming “a heartless person and a dictator.

“This man needs a lot of prayers. He has been evicting poor people from their land. We must say not to his impunity,” Sonko added.

While Senator Mwaura said the Kenyatta, Daniel Arap Moi, and Jaramogi Odinga families should allow the “children of peasants” to lead the country.

Mwaura noted that the three families had been in power since independence, and yet a majority of Kenyans were still languishing in poverty.

“As sons and daughters of peasants, we must be respected by the dynasties. We were also born just like them. I’m officially a member of the Hustlers’ Nation,” Mwaura said.

Related: Isaac Mwaura Explains Why He Is Supporting William Ruto