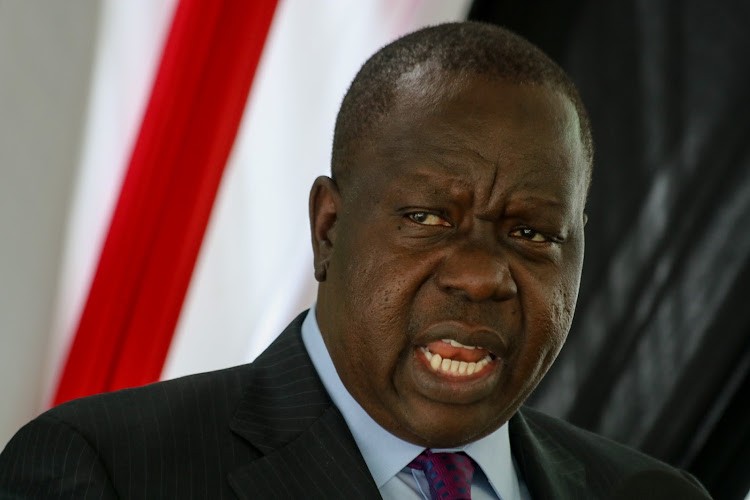 Outgoing CS Fred Matiang’i deleted his Twitter account on Tuesday just when William Ruto was being sworn in as the new head of state.

The move raised questions and suspicions as no explanation was given over the drastic decision.

One major reason that stood out is that he was avoiding trolls on social media because he had always been against Ruto and supported Raila Odinga to succeed his boss, Uhuru Kenyatta, to the extent of campaigning for him in political rallies. Matiang’i might have also reached the decision just to take a break from politics and the general elections aftermath.

Fresh details however indicate that the account might have not been deleted  but what happened is that it was just deactivated. The account was activated in April 2013 just when he was nominated for the ICT Cabinet Secretary in Uhuru’s first term. By the time of its deactivation, it had garnered 1.3 million followers.

According to a source, who has experience in managing politicians’ social media accounts, Matiang’i’s Twitter account might have  been the property of the government just like the Statehouse of Kenya verified social media accounts. The source further said that it is likely the account was deactivated so that all the information on it can be wiped out before it is handed over to another person.

“I tend to think that Fred Matiang’i has been forced to delete that Twitter account. This is because that account was not his own account. Probably someone in the government who was working with him created that account and used to operate it. Matiang’i never used to operate this account, it was being operated by the state and the operators believe that it is theirs and they will hand it over to someone else. 1.3 million people is not a joke,” he said.

Despite the Twitter account being deleted, Matiang’i’s verified Facebook page with 29,000 followers is still in existence. This proves that the Facebook account is his personal account and he had it even before he became a CS since he updated his followers even when he was being vetted for the CS position.

Most of the posts for the time that he has been in government are however not available. Currently, the latest post it bears is of January 16, 2014. 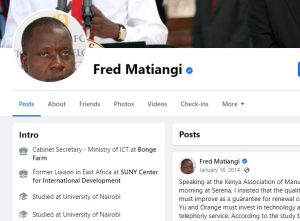 RELATED STORY: Matiang’i and Other Prominent Kenyans Who Could No Longer Persevere Social Media Heat As Ruto Takes Over