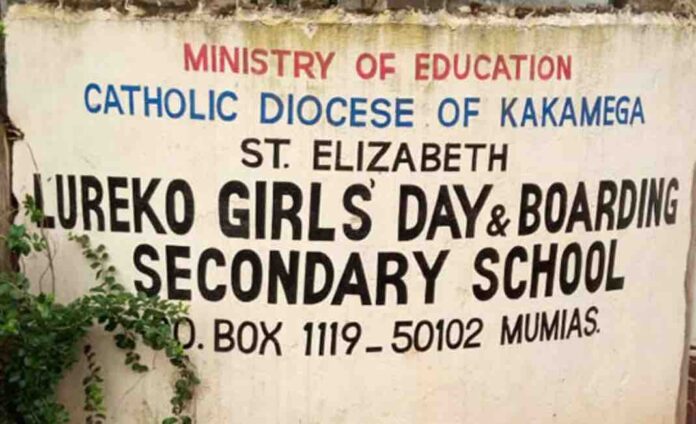 Kakamega County Health Executive Dr. Collins Matemba told The Standard that the parents of the female student have also tested positive for the virus and have been put under home-based care.

“The student developed complications while at home and was taken to St Mary’s Mission Hospital in Mumias and later transferred to Lifecare Private Hospital in Bungoma. But it was too little too late, she succumbed moments later,” Matemba told the publication.

Matemba said ten other students contracted Covid-19 in the county.

Dr. Matemba said another student from Mukumu Girls who was admitted at St Elizabeth Mukumu Mission Hospital eloped with her boyfriend only for samples that were taken earlier to turn out positive.

The health official said an effort to trace the schoolgirl by the department of health bore no fruits.

“We have officers from the Public Health Officer (PHO) in the school on contact tracing mission to avert the spread of coronavirus in the institution,” said Matemba according to The Standard.

Fridah Amwayi, the school principal confirmed that said student was taken to the Mission Hospital after falling sick in the school.

“The girl fell sick and we suspected she could have contracted Sexually Transmitted Diseases (STD) or could be pregnant because she reported to school late when we opened only to be traced at her boyfriend’s place in Bungoma by her father who brought her to school,” said Ms. Amwayi according to the publication.

Dr. Matemba told the newspaper that at least nine new cases of Covid-19 have been reported at St Peter’s Boys in Mumias.

Speaking to the daily, Matemba said: “Five of the infected students from St Peter’s Boys are at Likuyani isolation facility, three are undergoing treatment at Mumias Level 4 hospital isolation center while one is on Home Based isolation.”