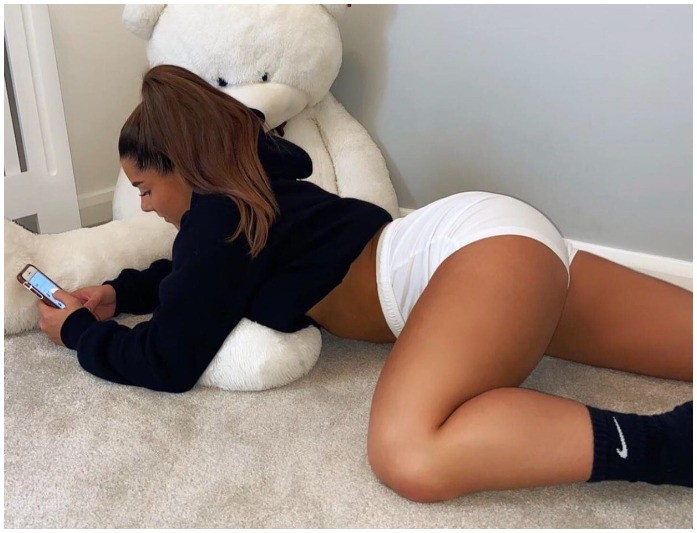 Maddie Wright has decided to venture into online prostitution after her football career came to an abrupt end last year.

Wright was fired from Charlton Athletic FC in December 2020 after she shared video of herself on social media inhaling from balloon and swigging champagne while driving.

It was not the first time Wright was filmed driving recklessly. In October 2020 she posted another video on Instagram of a dog behind the wheel of a car.

Filmed from the back seat, it showed a friend in the driver’s seat with a dog in her hands, with the pet placing its paws on the wheel.

British law demand that pet are restrained while in the car to avoid distractions that can cause accidents.

“As a club, we are disappointed with the behaviour which doesn’t represent the standards the team upholds. The player is remorseful and has now left the club,” Charlton Athletic FC said in a statement in December 2020.

Wright decided to quit football altogether after the termination of her contract with Charlton Athletic FC.

The former footballer has now ventured into online prostitution, selling her photos and videos to randy men.

The former footballer turned online hooker is charging her fans £24/$32/Ksh3578 for explicit photos of herself.

To view and interact with Wright’s exclusive content, subscribers will have to pay $32 each month.

Her fans were given a sneak preview as to what they can expect from her OnlyFans account on Tuesday morning, January 5th when she shared a censored version of her first post on social media accounts.

Related: Prostitute Joyce Opens Up On Being Rejected, Deserted, Outcast Because Of Her Career

Share
Facebook
Twitter
Pinterest
WhatsApp
Previous articleThieves Attempt To Break Into Dr. Dre’s Palatial House Moments After He Is Rushed To Hospital
Next articleWorld Leaders Condemn Assault On Democracy By Trump Supporters In US Capital