Female Politicians Who Have Rendered Their Powerful Male Counterparts Jobless

This year’s election turned out to be one of its kind since the number of female politicians who have clinched top elective seats has risen.

The number of women who have been elected as governors has so far risen to 7 unlike in 2017 general elections where only three women clinched the positions.

Among the seven, there are those who secured the gubernatorial positions under party tickets while others got victory on Independent tickets. In this article, we first have a look at those who unseated their male opponents.

She vied on a UDA party ticket while Kinyanjui vied on a Jubilee ticket.

Kihika joined the Nakuru county politics in 2013 when she unsuccessfully vied for the Nakuru East Parliamentary seat. Her loss did not demoralize her as she applied for the county Assembly speaker job when she came across the job openings, and as luck would have it, she secured the job.

Later she contested for the senatorial seat in 2017 on a Jubilee ticket and she won the race. After serving just for one term, she decided to go for the top seat. 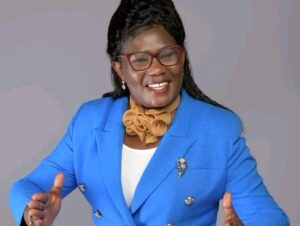 Kawira made history after she won the Meru gubernatorial seat on an Independent ticket. Mwangaza trounced seasoned politicians, Kiraitu Murungu, the incumbent, and outgoing senator Mithika Linturi to become the governor.

Other elected female governors who trounced their male opponents include; 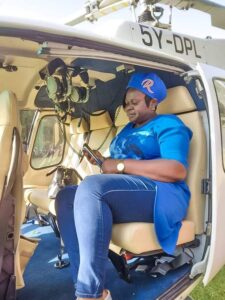 The female politician has been in the field for sometime serving as HomaBay Woman Rep since 2013.

This year, she was handed a direct ODM party ticket to fulfill her ambition of becoming governor and it turned out successful.

Wanga beat her closest opponent, Evans Kidero who is the former governor of Nairobi, thus becoming the first ever female politician to lead a county in the Nyanza region. She is also the youngest person to ever be elected in the position in the region. She garnered 244,559 votes against  Kidero’s 154,142. 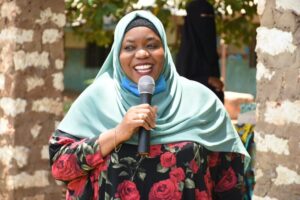 She is another female politician who trounced her male opponent to secure the Kwale gubernatorial seat.

Aside from being the first female governor of Kwale, she becomes the first ever female governor in the coastal region. She has been serving as the Deputy for the outgoing governor Salim Vurya whose two terms come to an end. 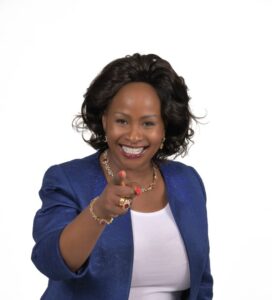 Ndeti vied on a Wiper party ticket, trouncing her closest competitor Nzioka Waita, who resigned as Statehouse Chief of Staff to try his luck in politics. 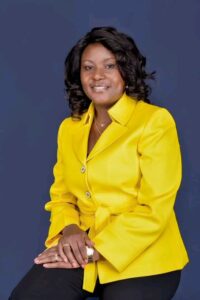 Mbarire is another female politician who has made history by becoming the first female governor of Embu county, thus succeeding Martin Wambora whose two terms have come to an end.

Mbarire has been serving as a nominated MP.

Another female politician who bagged the gubernatorial seat is Anne Waiguru. Waiguru was defending her seat and her closest competitor was Kirinyaga’s women rep Purity Ngirici. Jubilee’s Charles Kibiru who was also in the race conceded an early defeat. 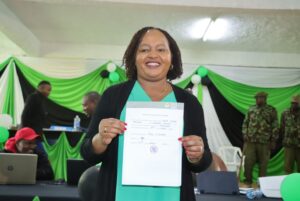