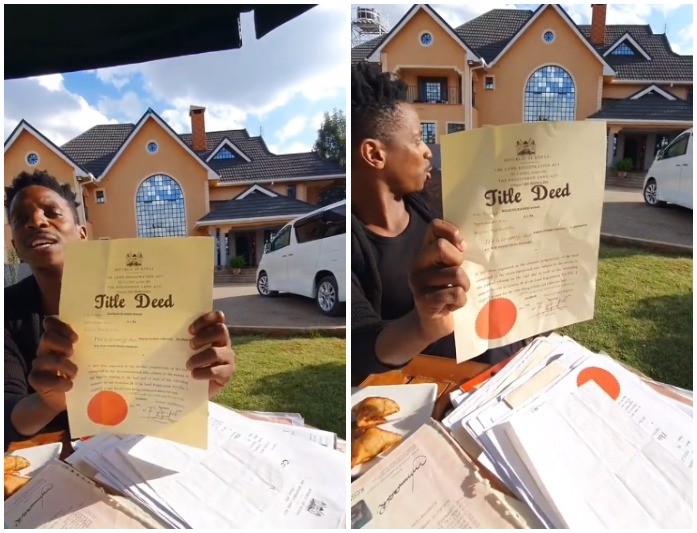 Eric Omondi recently moved into a Ksh141 million mansion in Karen which he said he owns. But blogger Edgar Obare now says the comedian lied about the ownership.

Weeks ago, Eric Omondi gave his fans a video tour of his multimillion shillings mansion immediately he moved in from Kileleshwa where he used to stay.

Omondi bragged about his new palatial home in the wealthy Karen suburb saying he had spent at least Ksh141 million on the property.

“The land alone without the house is worth Ksh69 million,” the comedian said. His colleague Butita added that the cost of the house was Ksh72 million, bringing the total value to Sh141 million.

“When I call myself a president I have to live like one. I have been in the industry for a long time and I need some peace and quiet to create ideas,” Eric added.

Days after the video tour, Eric came out armed with documents to prove he owns the Karen property after rumors had it that he was lying.

In the 2 minute long video, Omondi showed a title deed in his name that was stamped on September 7, 2021.

He called out the rumormongers for having a mentality that a comedian of his caliber can not afford such an expensive house.

Days later after showing of the title deed of his Karen home, blogger Edgar Obare came out with ‘evidence’ that show the deed Omondi flaunted is not for the Karen property. 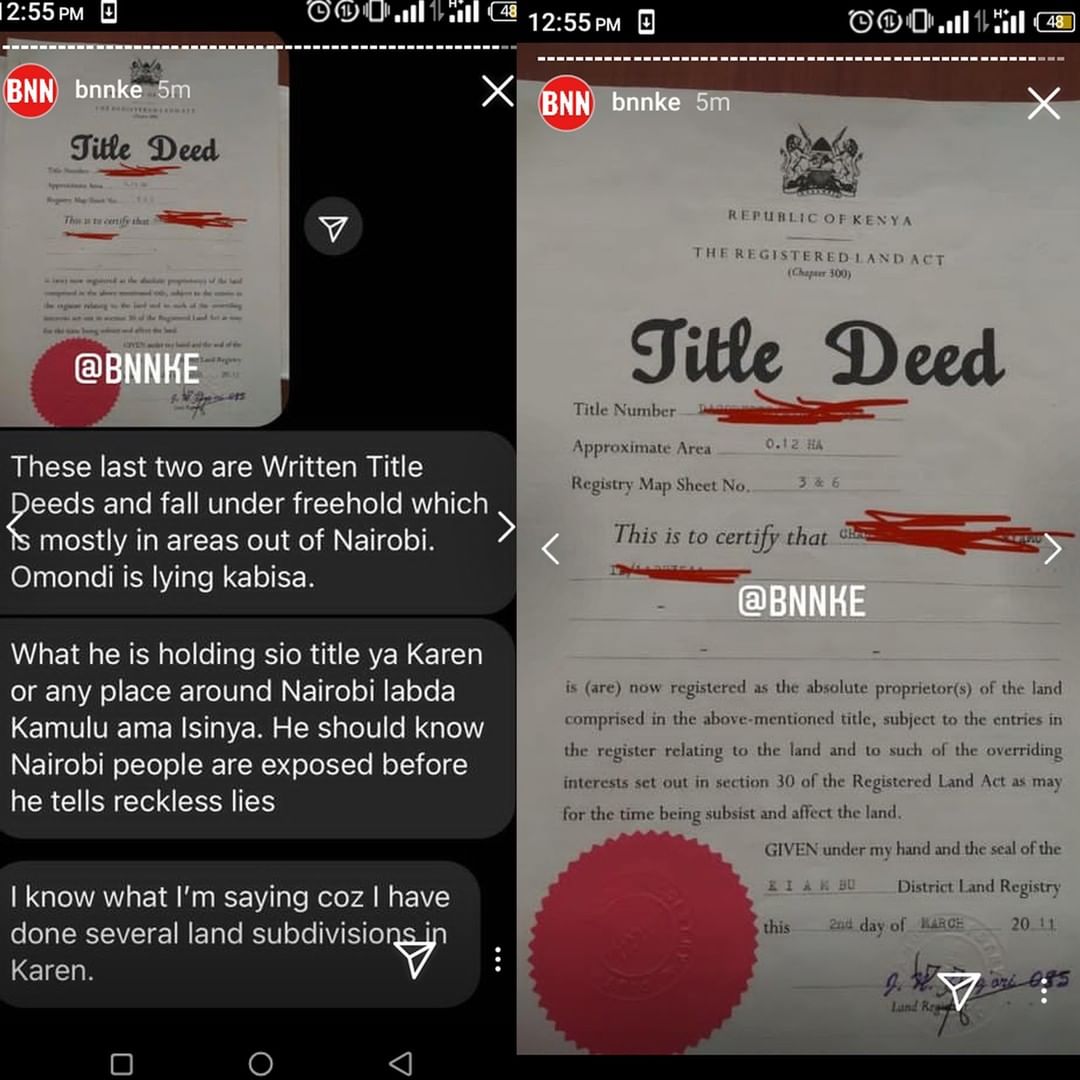 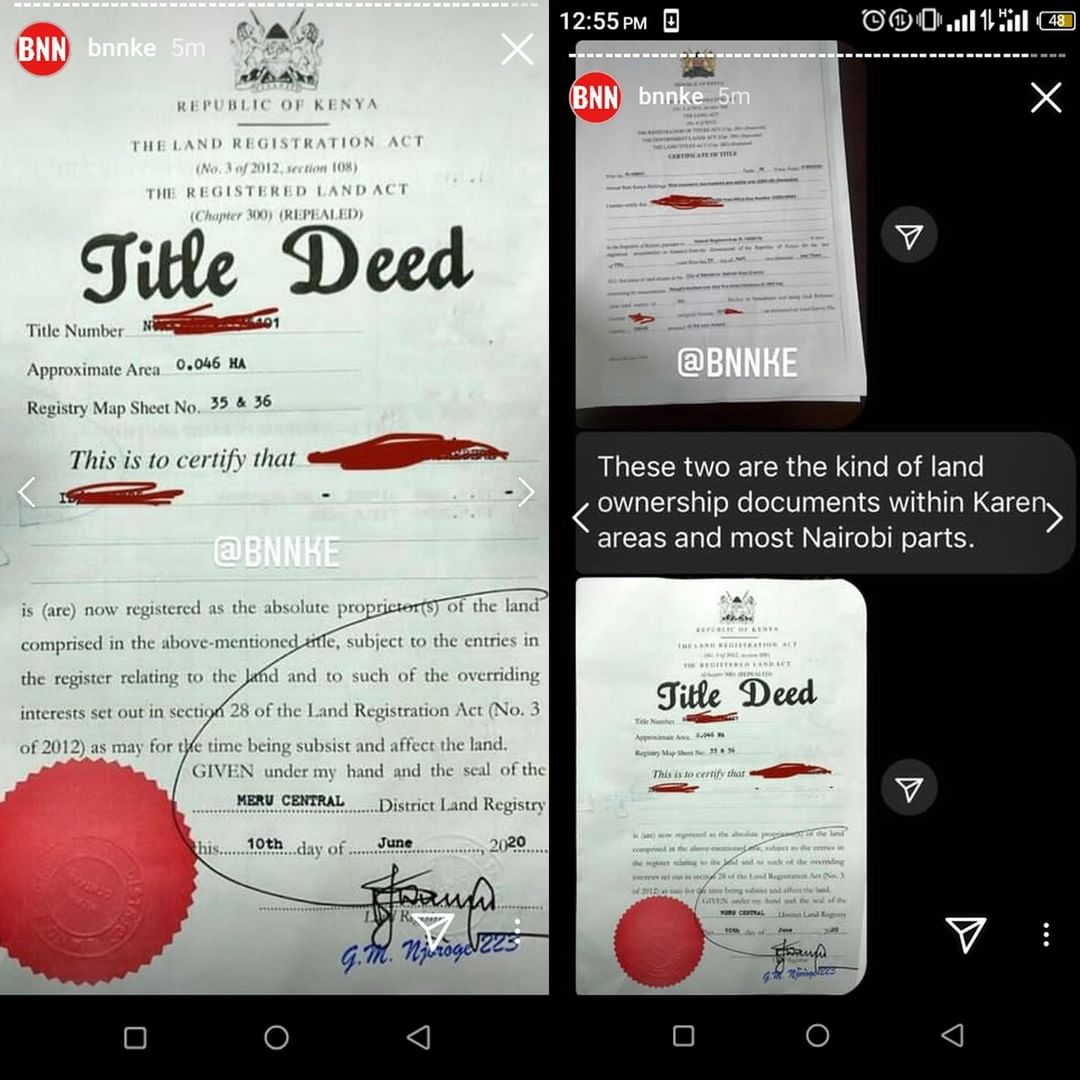 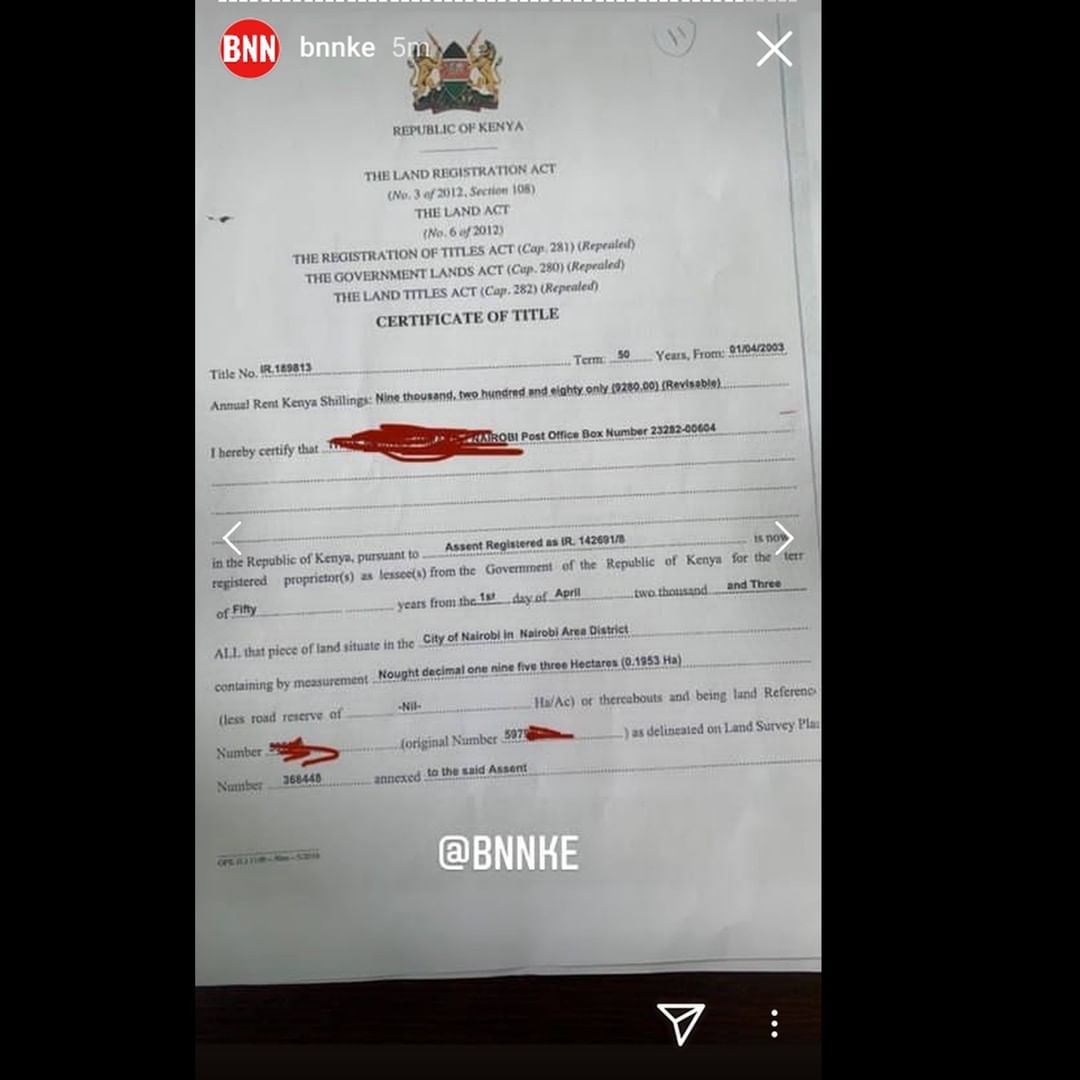 Eric Omondi ultimately decided to invite Edgar Obare to his Karen home for a cup of tea and a person tour after which he would take him to the Lands Ministry to prove ownership.

“Hi guys as I said we are fixing this country and that means we are fixing every detail of this country. I want to personally invite Edgar Obare tomorrow, bro am your big fan – Edgar is a very good friend of mine. Am sending you the location to my house in Karen. I have seen you have done a story – hio upuzi hatutakubali – so i want to invite you officially Edgar tomorrow 9am nakutumia location kwa DM kuja tukunywe kwa hio nyumba. Uone nyumba ukunywe chai, ubariki nyumba ukue mtu wa kwanza ku house warm the house. Alafu tutoke hapo tuende Ministry of Lands. We are fixing this country. Mungu ametubariki lazima watu wajue baraka,” said Eric Omondi in a video posted on his Insta Story.