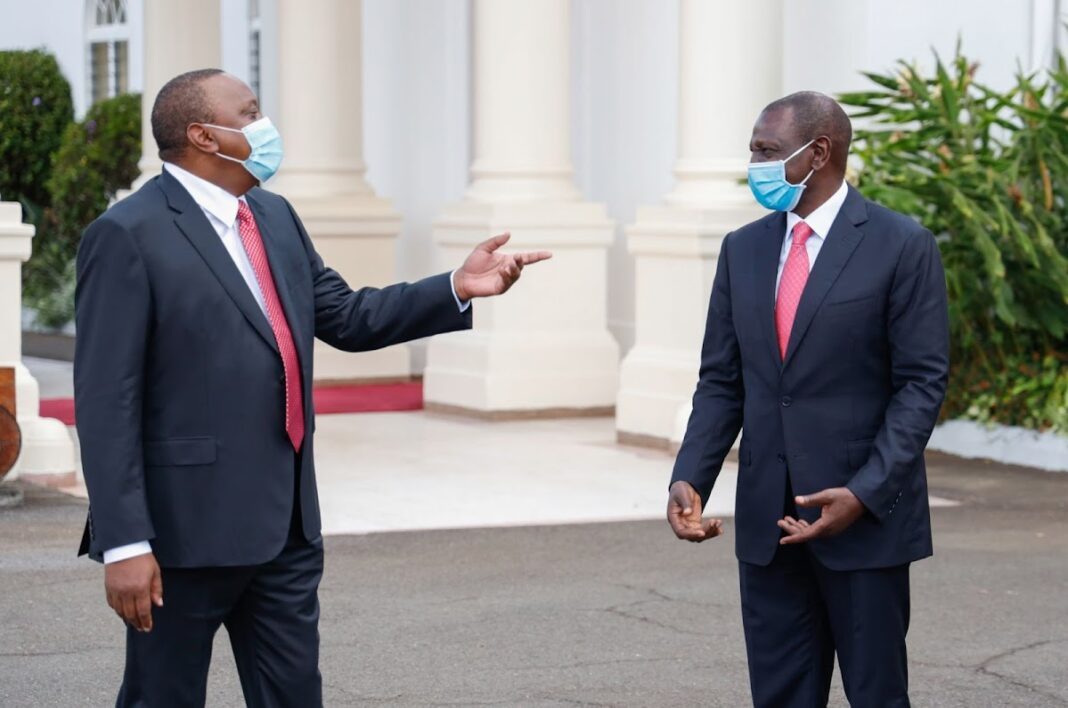 Interior CS Fred Matiang’i exposed Ruto as one of the biggest land owners in Kenya when he named the properties he owns. Now the DP’s allies are also exposing president Uhuru.

The size of land Ruto owned was revealed in parliament by Interior CS Fred Matiang’i while highlighting how the DP and his properties are protected by police.

Matiang’i appeared before the National Assembly Committee on Administration and National Security to explain the alleged downgrading of Ruto’s security detail.

The Interior CS dismissed claims that Ruto’s security had been downgraded, he revealed that a total of 257 police officers have been allocated to protect the DP and his properties.

Matiang’i listed at least 10 properties owned by Ruto across the country and which are protected by police round the clock.

The size of land the DP owns also appeared on the list provided by Matiang’i. It shows Ruto owns a total of 7,497 hectares/18,525 acres of land across the country.

Ndii published a list of the biggest land owners in Laikipia and it showed that the Kenyatta family owns 43,985 acre/17,800 hectares parcel of land.

Who owns what in Laikipia. No. 3 will (not) shock you. pic.twitter.com/8omE8ufpF9

Related: Dp Ruto’s Advice To Government Regarding His Acres of Land In Laikipia