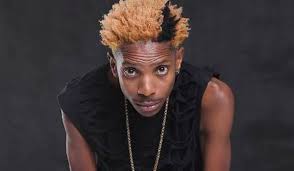 Comedian Erick Omondi’s studios in Lavington have been closed down by officials from the Nairobi Metropolitan Services (NMS).

The NMS accused the self-proclaimed President of the comedy of establishing his studio and company offices in a residential area.

Omondi shared a video explaining that NMS had branded his famous “Eric Omondi Studios’ and Big Tyme Entertainment offices” illegal, asking him to move his business to another location.

An irritated  Omondi, however, remained defiant and stated that he will not bow down to pressure and intimidation from people who want to sabotage his dream. 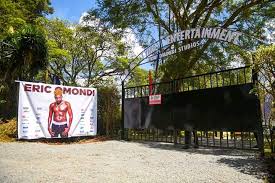 “Yesterday was a DREAM!!! We finally launched Eric Omondi. Studios and opened Big Tyme Office,” read part of the post.

The rib-cracking comedian added that this wasn’t just a dream he had to showcase his talent but he also wanted to create a platform for creatives to shine.

“All my life I dreamt of an opportunity to showcase my craft to the world but my biggest dream has always been to create a space for creatives. These Studios we launched  are for every artist, Musicians, Comedians, Actors… These studios are also to ensure maximum quality production for our corporate clients and partners,”  he noted.

As the CEO of Big Tyme Entertainment, he had a project to open studios in Kenya which will accessible to upcoming artists, musicians and actors, having all the necessary equipment and resources to nurture creatives.

Omondi, who prides himself as a comedic genius, has a combined online following of over 10 million and more than 60 million views. On Instagram alone, he has 2.9 million followers, and 427K subscribers on YouTube.