Elections 2022: 9 Memorable Incidents Captured As Kenyans Lined Up To Vote On August 9(Photos)

This year’s general elections witnessed a low voter turnout with only about 56.17% of registered voters showing up at polling stations to vote.

The percentage represents only those who were identified by the KIEMS kit.

A total of 22 million Kenyans are registered as voters and the turnout is said to be the lowest in the history of Kenyan elections.

Polling centers were opened as early as 6am and closed at 5pm. Some areas however witnessed technical errors. In such areas like some places in Kakamega county, voting began as late as 1 pm.

IEBC was forced to revert to the use of manual registers in 84 polling stations in Makueni and 154 stations in Kakamega county.

Other areas also did not participate in the elections due to security challenges and errors in ballot papers.

Gubernatorial elections in Kakamega and Mombasa counties will be conducted on 23rd August.

People showed up to vote in different manners and here are 10 memorable incidents captured in separate polling centers across the country.

A man identified as Jamal Victor showed up at Kisumu Central polling station wrapped in a towel and a toothbrush in his mouth.

“I come from very far and I was trekking. My friend called me when I was preparing myself to shower and I decided to rush with him to the polling station to vote,” he told reporters. 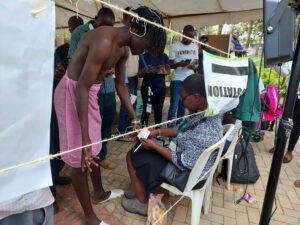 Man Helping his wife to vote

At Embakasi girls Secondary school, a man was captured helping his wife to vote . According to him, he would not let his wife vote on her own because she had little education but  he had already decided whom they should vote for. 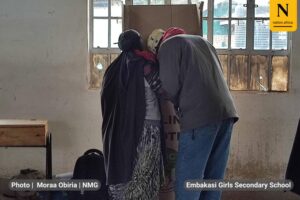 Woman with a Teddybear

In a separate Polling center, a woman showed up with a big teddy bear disguised as a baby in a bid to be given the first priority to vote. Her trick was discovered when a police officer opened her leso to check on the “baby.” 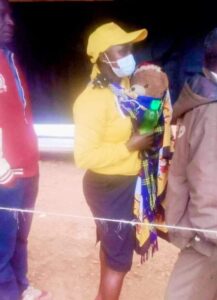 Man with an Elderly woman 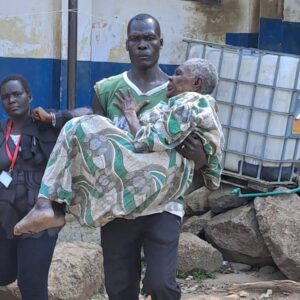 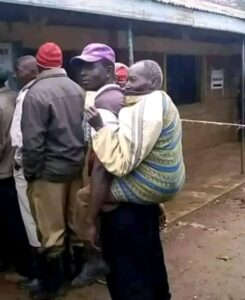 Other funny incidents recorded include; a man enjoying a loaf of bread while waiting for his turn to vote. Another one had a kettle with him while another man had a packet of flour, onions, tomatoes and cooking oil in a colorless plastic bag. 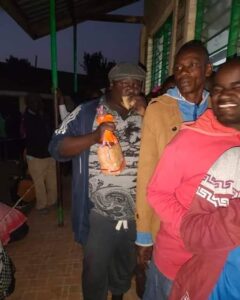 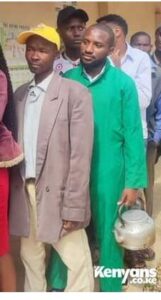 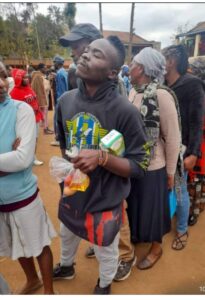 Elsewhere, a kind police woman decided to hold a baby for a woman who was casting her vote at Ngei PAG Church primary school polling center, Mathare constituency. 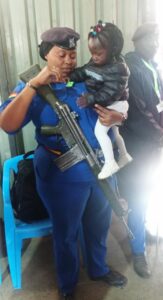 Arap Marindich, a comedian who recently went viral for emulating safari rally drivers also showed up at his polling station with a dusty face and his “rally gear”. 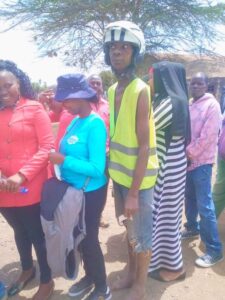 RELATED STORY:List Of Popular Politicians Who have Lost Their MP Seats