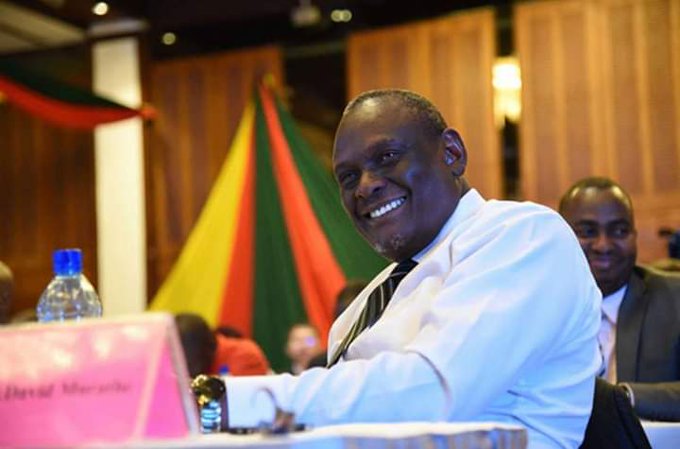 Ethics and Anti-Corruption Commission has hit a notch higher summoning top officials alleged to have been linked in the Kemsa scandal as it races to beat the 21-day deadline given by President Uhuru Kenya.

Among those who have been mentioned and have booked a date with EACC is Jubilee Vice Chairperson David Murathe, who is also a key ally to the president. He is expected to appear before the investigative officers on Friday.

Another top dog expected to be grilled is the family of Meru Governor Kiraitu Murungi and former Karachuonyo MP James Rege.

Murathe, according to preliminary reports, he is linked to Kilig Limited. But appearing on Citizen TV, Murathe disowned any links to the firm.

“I partner with Willbroad Gachoka in a lot of issues but I have not partnered with him on this one” – David Murathe, Jubilee Vice Chair #NewsNight pic.twitter.com/0R7mJMcymb

The company — only registered on January 22 and not among the pre-qualified firms at the Kenya Medical Supplies Authority — was hand-picked and awarded a lucrative Sh4 billion tender for the supply of 450,000 personal protective equipment at Sh9,000 each.

On the other hand, Kiraitu’s wife and son are also set to appear before EACC on Monday. They are linked to Caperina Enterprises Ltd, the firm which was awarded a Sh45 million tender for the supply of surgical masks.

According to the Star Newspaper, Rege was to be grilled on Thursday. The legislator is a bank signatory to Duke Agencies Ltd, one of the firms that were awarded contracts at Kemsa.

In June, DPP Noordin Haji approved the arrest of Rege and six others over Sh2 million procurement of telemedicine equipment from the Karachuonyo CDF.

Rege has been the chairman of Kenya Electricity Transmission Company (Ketraco).

The summoning of Murathe by EACC is likely to trigger a political discourse with the Deputy President William Ruto’s camp being excited by the grillings.

On Tuesday, Murathe admitted that Gachoka is his longtime friend and business partner but denied having worked with him in any Kemsa deal.

“We are consultants. We do a lot of consultancy services. We have consulted for various international companies. We are setting up a lot of businesses in the free and special economic zones and we also consult for construction companies in the country,” he said during an interview on Citizen TV.

He went on: “He (Gachoka) is my friend. He is my partner. I have known him since childhood. We are family friends since childhood. I partner with William on a lot of issues but I have not partnered with him on this one [Kemsa tender].”

“I partner with Willbroad Gachoka in a lot of issues but I have not partnered with him on this one” – David Murathe, Jubilee Vice Chair #NewsNight pic.twitter.com/0R7mJMcymb

The Jubilee vice chairman, however, roped Deputy President William Ruto into the saga, claiming that at the time the tender was being issued there was an attempt to transfer ownership of Kilig Limited to “known associates” of the DP.

“We have the legal transfers, go to Kenya Commercial Bank and find out who the account holders of KILIG Limited are; you will find that they are known partners of DP William Ruto…” – David Murathe, Jubilee Vice Chair #NewsNight pic.twitter.com/12hylgYaDd

Murathe also called on those people with information about the kemsa scandal to present their views and evidence to the parliamentary commission for the suspects to be summoned.

Murathe on KEMSA scandal:
“We are demanding that everybody who has spoken about this KEMSA issue & the ‘COVID billionaires’ should be summoned by the parliamentary committees on health to say what they know to help in investigations” – David Murathe, Jubilee Vice Chair #NewsNight pic.twitter.com/Q1MNenSaMp

The EACC has so far grilled over 25 staff at Kemsa, including four top officials who were suspended over the alleged tender mess and 31 companies.