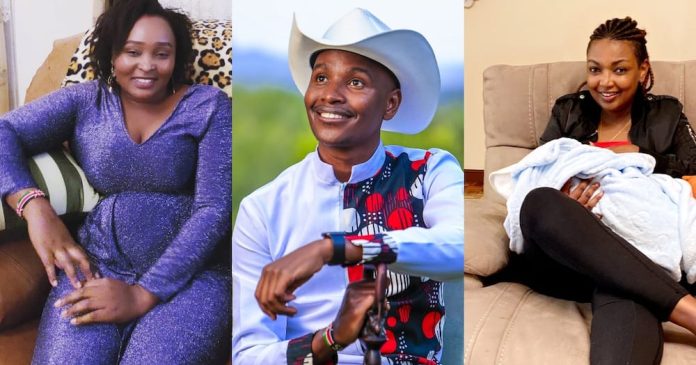 Karen Nyamu and Edday Nderitu, the spouses of Mugithi star Samidoh, almost went physical at his Mugiithi concert in Dubai on December 16, 2022.

When Samidoh’s wife, Edday, and his baby mama, senator Karen Nyamu, arrived at the site, violence started almost ending Samidoh’s show as security pounced on the scene like recce squad to stop Karen Nyamu, before throwing her out of the venue.

The drama began when Karen went straight to Samidoh’s seat and perched her behinds on his laps as the goat wife watched. Security personnel attempted to separate the two women, after Edday rose from her seat and rushed to hold her husband’s hand.

A video circulated in the internet depicts Karen Nyamu and Samidoh arguing. Karen is claimed to have lost her cool minutes later and almost slapped her baby daddy when his bouncers interfered.

Before the guards took Karen away, Edday stepped up and tried to seize her away from her husband.

This was the culmination of the drama centered on Samidoh.

Karen is seen performing on stage with Samidoh and Akorino singer Karangu in yet another social media video.

Edday posted a selfie of herself with her spouse on social media, stating she was ending the year on a positive note.